Hours into new ceasefire in Nagorno-Karabakh, Armenia & Azerbaijan trade blame for violating it 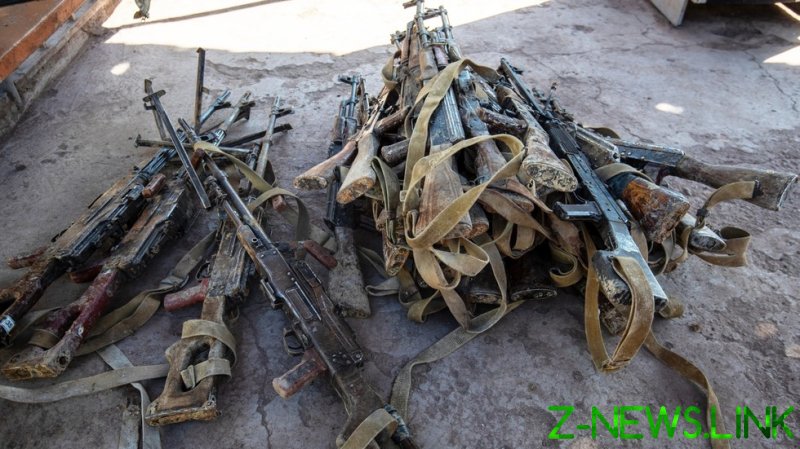 The mutual accusations came on Sunday just hours after the fighting was supposed to be stopped by all sides on midnight Sunday local time (20:00 GMT). Azerbaijan said its opponents shelled locations around the town of Jabrayil which were claimed to have been captured by Azerbaijani troops during the hostilities. Armenia said Azerbaijan broke the truce twice, firing artillery shells and rockets and attempting to move troops into a more favorable position.

The de facto authorities of the self-proclaimed Nagorno-Karabakh Republic said the hostilities were stopped along some parts of the frontline, but continued elsewhere, as Azerbaijani forces tested the defenses of Karabakh’s positions. There were casualties on both sides, they reported.

The previous humanitarian truce announced earlier this month with Russia’s mediation, which was meant to allow prisoner and body swaps, failed to stop the hostilities. Armenia claimed on Sunday that Azerbaijan had rejected its suggestion to agree on an ICRC-supported evacuation of the wounded from the battlefield.

Nagorno-Karabakh saw an escalation of violence in late September. The ongoing flare-up is the bloodiest since the early 1990s, when the region’s predominantly ethnic Armenian population fought a war against Azerbaijan with Armenia’s help.

Scores of civilians were reportedly killed on both sides. The belligerents also regularly report heavy damage inflicted on their opponents, though the claims are difficult to verify. Nagorno-Karabakh said on Sunday that 673 of its troops have been killed in the three weeks since the violence was reignited.

Baku considers its breakaway part to be occupied by Armenia and says it has to be liberated to put an end to the prolonged conflict. Despite supporting it militarily, Yerevan has never recognized Nagorno-Karabakh as an independent state.