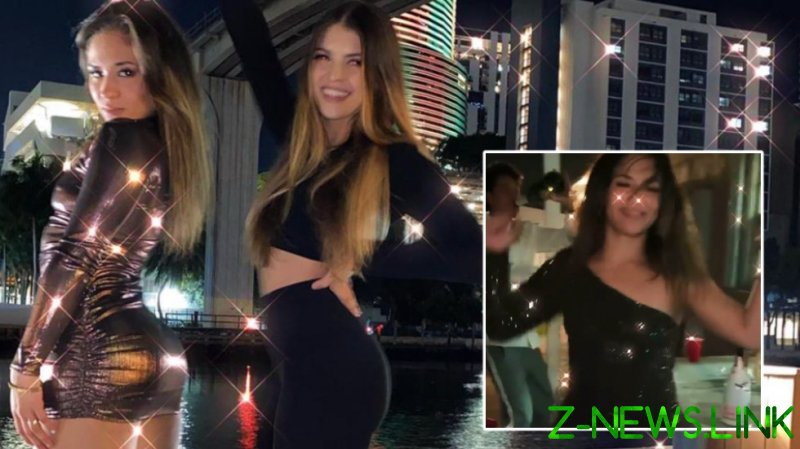 Loureda’s taste for tight outfits and teasing posts have helped her to amass more than 708,000 followers on Instagram, where she shook her behind while holding on to a table carrying wine bottles to mark being honored for her looks by Bisping.

The 22-year-old, who has mocked aspersions that she owes her fame to her Instagram modeling rather than her sporting achievements, posed in a tiny outfit on a bed while holding a glass of red wine days earlier, celebrating her appearance among the top knockouts of 2020.

She sent former middleweight champion Bisping a heart when he congratulated her, leaving fans to argue over whether the likes of Rachael Ostovich, who won last year and recently left the UFC, should have taken the award.

A fan vote declared Loureda the winner, taking a quarter of the ballot with Ostovich earning 22 percent.

“She’s a good-looking girl,” admitted Bisping. “It’s a big deal because this girl is undefeated, she’s having great victories in Bellator.

“Her career is really taking off and now she gets [the award]. In 2021, this girl is going to go places.”

Never one to be discouraged, VanZant showed off her posterior in the sea after Bisping’s decisive announcement and struck a typically erotically-charged pose with her husband, Bellator MMA fighter Austin Vanderford, in the shower.

VanZant has by far the most Instagram followers of the three, totaling more than 2.7 million fans, while Ostovich, who has more than 770,000 followers, appears to be concentrating on her beauty business interests and calendar after her departure from the promotion.

Loureda, meanwhile, is clearly intending to continue her attention-grabbing exploits this year, endorsing a tweet by YouTuber and model Nikita Dragun that read: “If you didn’t like me in 2020, you won’t be able to stand me in 2021.”