Home / Game / Horror the Sinking City transferred in the summer

Horror the Sinking City transferred in the summer 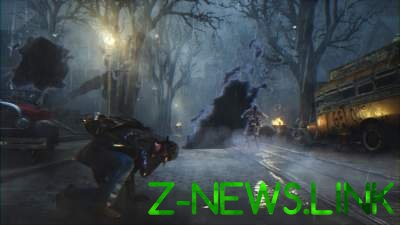 The development of The Sinking City is for PC, Xbox One and PlayStation 4.

Players who are expecting the release of the Sinking City, will have to be patient: Ukrainian developer Frogwares and publisher Bigben Interactive, as expected, announced a new date for the start of the project. The game-the investigation taking place in poluzatonuvshim town of Oakmont, will be released on 27 June 2019.

“Due to the large number of games to be released in March, and given the many released in February, projects a high class, the publisher and developers of The Sinking City decided to move the game to a more favorable date. Additional time will be spent on minor improvements and polishing of the game,” said Manager of community relations Sergey Oganesyan.

“After weighing all the pros and cons, we decided to release the game on 27 June 2019. Hope this date will like. At that time you’ll have less headaches from the question of what to play, and we in turn spend these few months to further optimise The Sinking City. On behalf of our Studio, please allow me to Express my gratitude for your advice and comments! Please know that your feedback helps us make the game better. Thank you for your patience, stay tuned, and see you soon,” – said the representative of the Studio.

The Sinking City – game-investigation, where the player in the role of a private detective must discover the truth about what possessed the town and defiled the mind of the residents. Promised oppressive atmosphere and dark story; a vast open world that you can explore on foot, by boat and even in a diving suit; a large potential for repeated passes through the system, taking into account the player’s actions; a wide Arsenal of weapons from the 1920s.

The development of The Sinking City is for PC, Xbox One and PlayStation 4. On Steam the game has its own page, but there is still not open for pre-order and not specified a specific release date (still marked by just 2019).