Horror “Old dark house” of 1932 will return in high quality

Recently on foreign portals almost once a week arises the information about modern reissues of cult horror films. Those who do not like remakes at the time! A new life on screens both wide format and high image quality have already received the “Carrie”, “King of evil” and “night of the living dead”. Now they are joined by another, less known to the modern audience tape.

“The old dark house” (“The Old Dark House”) was directed by Frankenstein ‘s James whale in 1932. The film is notable for the fact that it lit up one of the main horror icons, Boris Karloff, and a mention in the credits of the film became the first in the career of the actor (in the opening credits of “Frankenstein”, he was not marked). From the”Old scary house” and is a remake of 1963, filmed by William Castle (“House on haunted hill”), but he is known even less, than the original. According to KP, synopsis horror is:

Seeking shelter from the rain caused landslides in a remote region of Wales, several lost travelers find shelter in a gloomy mansion owned by a strange family of Femme — atheist Horace and his sister Rebecca — a religious fanatic and vicious furies.
Travelers Penderel Roger, Philip and Margaret Waverton were so tired and wet that suppressed your fear, met opened the door frightening by sight whether a servant, or Butler – dumb and lame Morgan. Soon they are joined by a sufficiently high-spirited and eccentric sir William Porterhouse and his fiery friend, Gladys Dukan, who also hastened to take refuge in this house from the rain. None of them would have stayed in this old house, if not an urgent need…

For the re working in his company Cohen Media Group was not lazy and released a couple of cool posters, and a trailer full of juicy old school. The restored film will show in us cinemas today, and then run a sale on Blu-ray from October 24. Have you watched this horror? 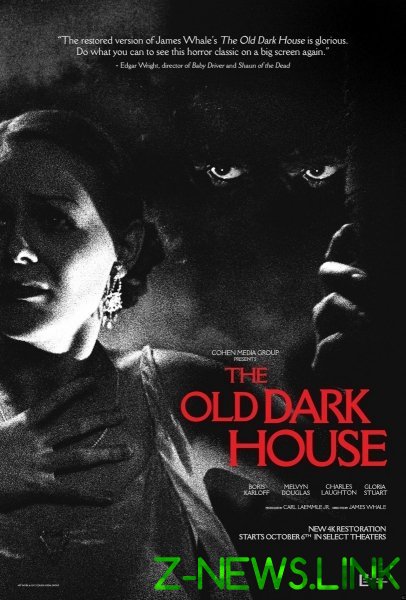 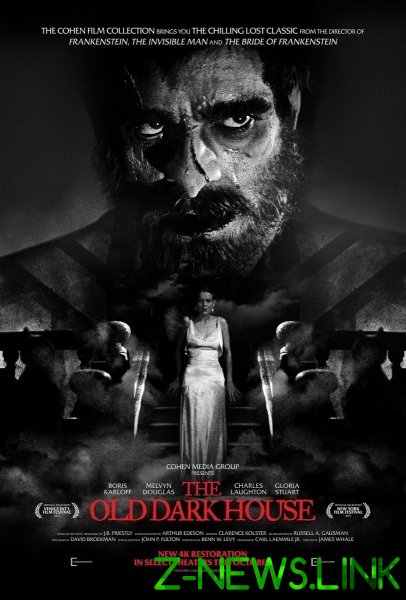