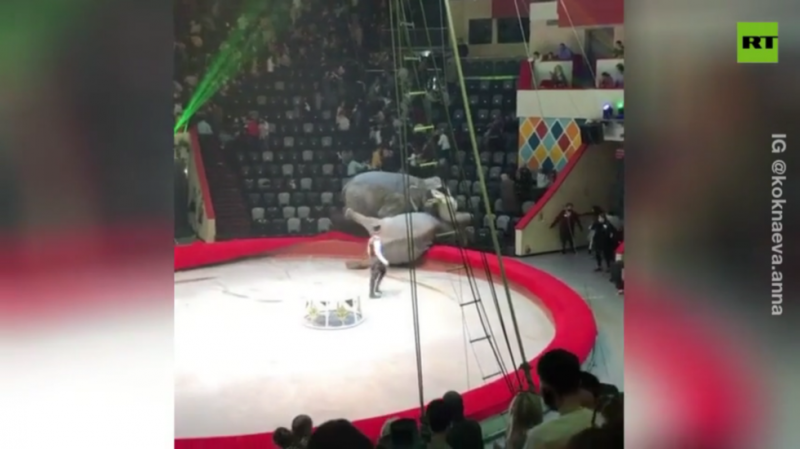 Video footage circulating online showed how one charging adult threw the other down on the side of the arena, damaging the fence and causing spectators to run for the doors. A spokesman for the Kazan State Circus told journalists that nobody had been hurt, and the pair had been separated by their handlers.

Local media later reported comments from a trainer who said that the dispute could have been down to the fact “that they have matriarchy, and that’s how they decide who is in charge and figure out who is boss.” The unnamed animal whisperer noted that only female elephants are present in Russia.

In 2019, a performing circus bear attempted to maul an employee at a circus in the town of Olonets in northwestern Russia. The animal was subdued with the use of electric stun weapons, and nobody was seriously hurt due to the fact that it had been wearing a muzzle.

The year prior, animal rights activists were outraged by another circus show, after a trained tiger froze midway through an act and suffered a seizure while performing a trick. The big cat was dragged off the stage by its tail at the arena in Magnitogorsk, near the Kazakh border.