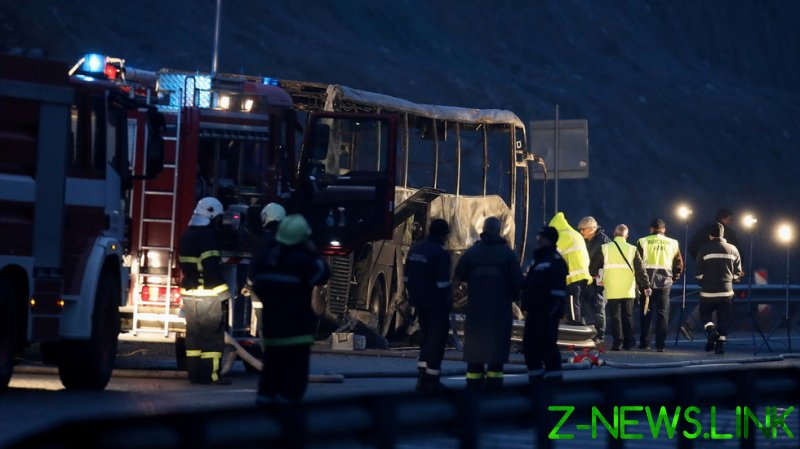 A bus with North Macedonian license plates crashed and erupted into flames around 2am local time as it was traveling on a freeway early Tuesday morning, killing at least 45 people, Interior Ministry official Nikolai Nikolov told a local TV station.

At least 45 people were killed after a bus caught fire and crashed, or crashed and then caught fire.

Twelve children lost their lives in the accident, Bulgarian media reported. Other reports said that 46 people were killed.

A handful of survivors, some with severe burns, were taken to a hospital in the Bulgarian capital, Sofia. Maya Argirova, the head of the hospital’s burn unit, said some victims were injured jumping through the windows as they tried to escape from the bus. The cause of the crash remains unknown.

There were 52 people on the bus. According to Bulgarian media, all 50 passengers were Albanian nationals, while both drivers had North Macedonian passports. The vehicle was traveling from Turkey to North Macedonia.