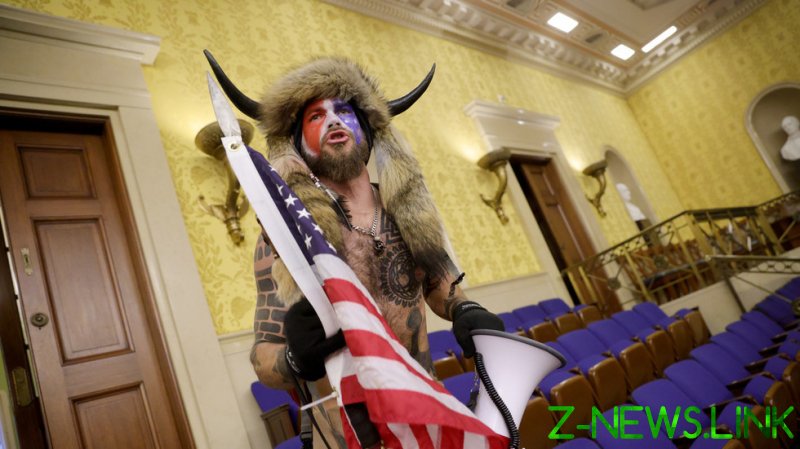 Jacob Anthony Chansley, who goes by the name Jake Angeli, was taken into custody on Saturday as law enforcement officers in many parts of the US continue to round-up people involved in the storming of the US Congress building.

The heavily tattooed man quickly became a symbol of the chaos that was unfolding in Washington, DC, even as the siege was ongoing as he went viral around the world for his outlandish outfit. 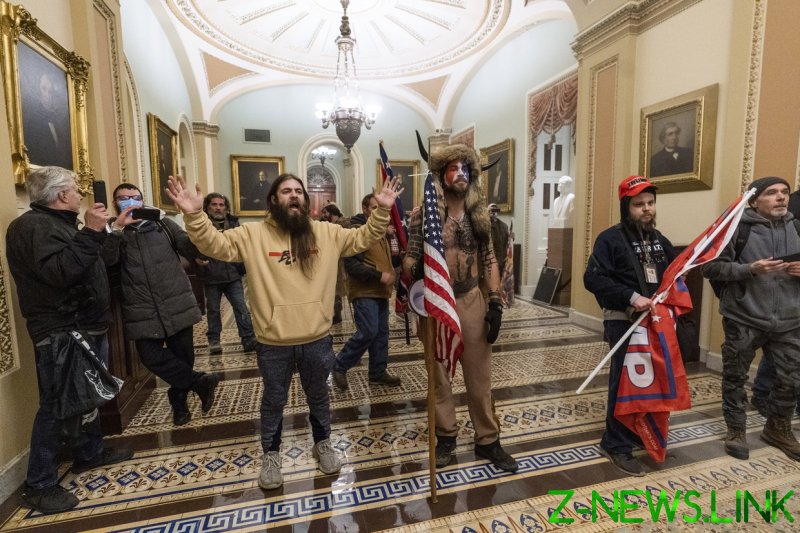 Angeli was seen confronting a police officer and posing on the speaker’s chair in the US Senate. His part in the riot has resulted in him facing charges of knowingly entering or remaining in any restricted building or grounds without lawful authority, while also being charged with violent entry and disorderly conduct on Capitol grounds.

The US Attorney’s Office for the District of Columbia offered an interesting description of Angeli in a statement on the charges he is facing.

“It is alleged that Chansley was identified as the man seen in media coverage who entered the Capitol building dressed in horns, a bearskin headdress, red, white and blue face paint, shirtless, and tan pants,” it said.

This individual carried a spear, approximately 6 feet in length, with an American flag tied just below the blade.

The Arizona native is a voice actor and minor celebrity in his home state. He is an adherent of the QAnon conspiracy theory, dubbing himself a ‘QAnon shaman’, and has been a prominent fixture at pro-Trump and anti-lockdown rallies in recent years. 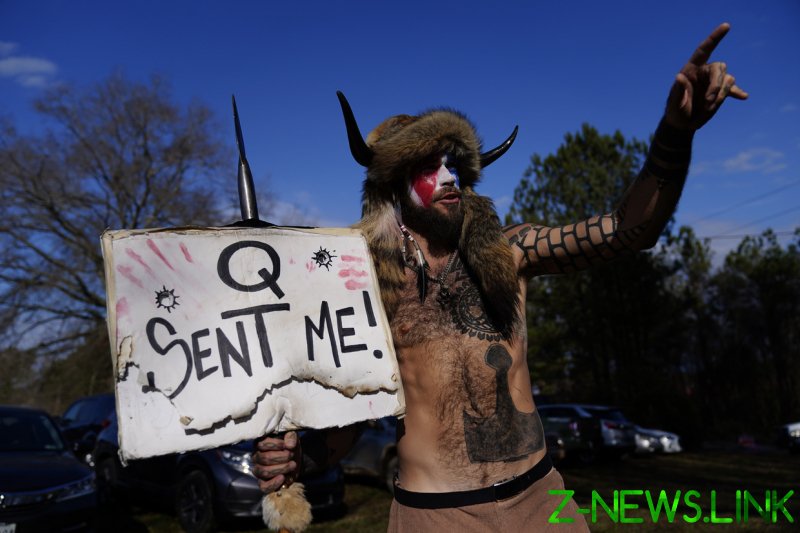 The 33-year-old at a rally on Monday. © AP Photo/Brynn Anderson

After sauntering out of the US Capitol, Angeli took time to send a message to the people of Venezuela, telling them “you can take back your country too.”

“You can put an end to communism and to globalism. You too can take back your nation from this evil. You can win your country back, Venezuela,” he proclaimed.

It follows the arrest of multiple protesters involved in the riot, including Adam Johnson, who went viral for cheerily making off with Speaker Nancy Pelosi’s lectern, and Richard Barnett, who was pictured casually sitting at a desk in Pelosi’s office amid the pandemonium.