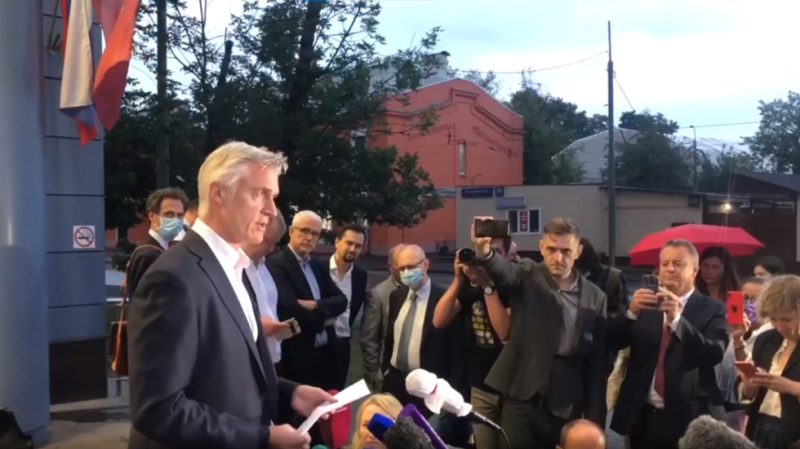 Both the judge and the prosecutor have “simply repeated the phrases and arguments from the December 2019 preliminary accusation, ignoring hundreds of documents, testimonies and expert witnesses presented during the trial over the last 7 months,” Calvey said outside the Meshchansky Court in Moscow on Thursday evening.

“But it’s not over yet. I hope tomorrow the judge will address the real facts – hope dies last,” he added.

Earlier in the day, the judge found Calvey guilty on charges of overstating the value of an asset as part of a financial transaction and misappropriating funds worth 2.5 billion rubles ($34.2 million). Prosecutors have asked for a six-year suspended sentence for Calvey, and five years for his French business partner, Philip Delpalle.

They were among the executives of Baring Vostok, a $3.7 billion private equity investment firm, who were arrested in 2019 after a dispute with Vostochny Bank, owned by tycoon Artem Avetisyan.

The Oklahoma-born businessman has maintained his innocence and insisted the charges are politically motivated. In his closing arguments last month, he said the evidence presented at the trial “not only does not incriminate me in any crime, but confirms my innocence and the innocence of my colleagues.”

An acquittal would have triggered “billions” of new Western investments in Russia, he argued, while convicting him would send a signal to foreign capital that it was not welcome.