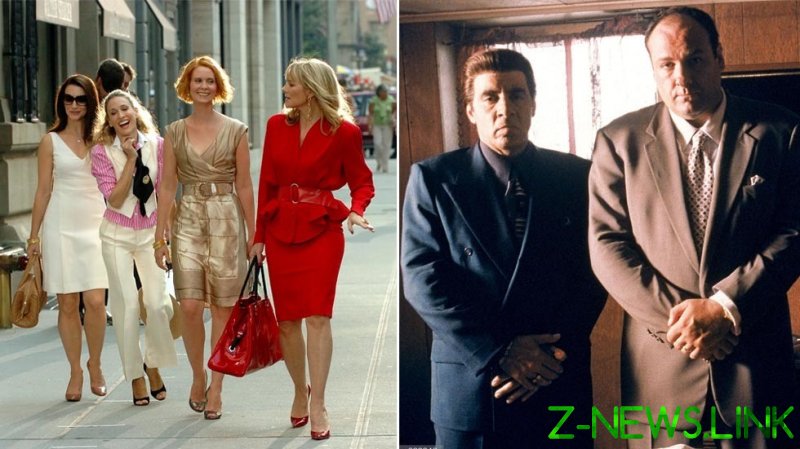 Both shows appeared on HBO in the late 90s and early 2000s, becoming huge hits. Sex and the City, which aired between 1998 and 2004, followed the lives of four women living in New York City as they juggled careers and relationships.

Crime drama The Sopranos was featured on HBO during roughly the same period, from 1999 to 2007. Both serials won multiple Emmy awards and other honors.

On Monday it was announced that a new series of Sex and the City (often referred to by its acronym, SATC) was on its way, consisting of 10 half-hour episodes. Production is expected to begin in late spring.

The nostalgic return of the TV show is complemented by The Many Saints of Newark, a film that serves as a prequel to The Sopranos. The new flic is scheduled for release in March.

Excitement over both reboots spilled over into social media, but it appears some of the chatter descended into the dangerous realms of sex and gender. Weighing in on the entertainment news, British-American journalist Hadley Freeman expressed dismay over the notion by some that SATC is somehow more outdated than the classic mafia drama.

The observation appears to have provoked a tsunami of social media feuding, as both The Sopranos and SATC began trending in the UK.

Several observers countered that changing social norms make it harder to find common cause with characters from SATC, whereas the gangster genre is more story-driven and not as dependent on audiences being able to personally relate to what they’re watching.

“The Sopranos was always a show about criminals and framed as such. SATC was about aspirational New York women but the writing and attitudes seem a bit dated now,” read one reply.

Laura Snapes, the Guardian’s deputy music editor, argued that The Sopranos has more depth to its writing, and was never tied down to contemporary views on morality like SATC was. Others seemed to agree that the mafia series simply had more compelling dialogue and storylines, and therefore has stood the test of time better than SATC.

There was also a pro-Sopranos faction which noted that Sex and the City was made into several films, which received highly mixed reviews, tarnishing the show’s legacy.

But there were plenty of others who applauded Freeman for her social critique.

One pundit put forward that “toxic men perpetuating a cycle of violence,” reflected the “spirit of the age” more than a group of single women “having a great time.”

Comedian David Baddiel confessed that he had trouble relating to The Sopranos, and found SATC much closer to home. His comment was met with considerable hostility by fans of the crime drama.

Even those who said they like The Sopranos noted that shows with female stars seem to face more scrutiny when it comes to the “likability” of the characters.

It appears that the debate is actually a rehash of a years-old philosophical discussion. The Atlantic magazine ran a piece back in 2013 arguing that Sex and the City should be considered on par with The Sopranos in terms of cultural significance.