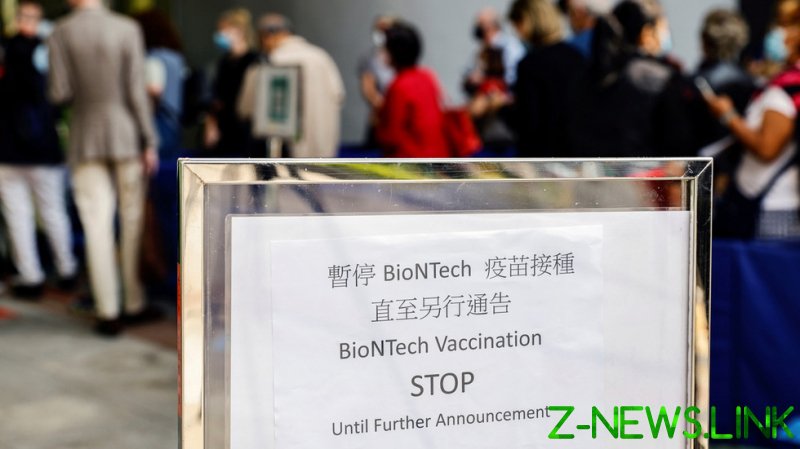 The government said on Wednesday that it had been informed by a local distributor of the vaccine that there was a problem with how the vials in one batch were sealed. Officials responded by ordering vaccination sites to temporarily suspend injections of the batch, numbered 210102, as well as a second batch being administered in the semi-autonomous region.

“For the sake of precaution, the current vaccination must be suspended during the period of investigation,” Hong Kong’s government said in a statement.

It’s not clear how many shots were affected by the decision, but the suspension means that the only vaccine currently being offered to residents is China’s Sinovac vaccine. Some people took to social media to complain that their vaccination appointments had been canceled.

Doses from batch number 210102 have already been administered to Hong Kong residents, but the government stressed that there was no reason to believe that the product was unsafe.

The issue is just the latest hiccup for inoculation drives being carried out around the world. Numerous countries halted their use of AstraZeneca’s drug amid a growing number of reports that the drug may be causing blood clots. However, the firm strongly denies the claim and some studies have shown there is no correlation between the vaccine and the medical episodes.