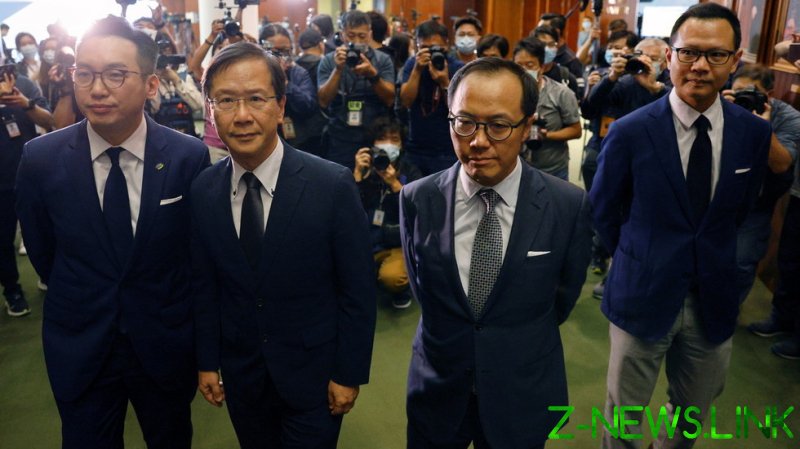 The Standing Committee of the National People’s Congress (NPCSC), China’s top legislature, passed a resolution that allows for the immediate disqualification of Hong Kong legislators. Members of the Legislative Council (LegCo) of the Hong Kong Special Administrative Region (HKSAR) could be disqualified if they advocate or support ‘Hong Kong independence,’ refuse to recognize the state’s sovereignty and its exercise of sovereignty over Hong Kong.

Other reasons for the disqualification include seeking foreign interference in the HKSAR affairs or committing other acts “endangering national security.”

The resolution was “necessary” and “appropriate,” NPCSC chairman Li Zhanshu said in Beijing, adding that it was also beneficial to the country’s security and sovereignty. The central government’s liaison office in Hong Kong said a statement: “Hong Kong is a special administrative region of China. ‘Love the country and love Hong Kong’ is a political ethic that every Hong Kong politician must insist on.”

The move will also ensure the full implementation of the “one country, two systems” principle and the HKSAR Basic Law, the Chinese MPs said.

Within minutes of their voting for the resolution, the Hong Kong government confirmed the disqualification of four opposition lawmakers from the Civic Party and the Professionals Guild. They were already barred in July from contesting the LegCo elections for calling on foreign governments to sanction Beijing and Hong Kong. But their tenure was extended at the time for one year.

The four will weigh whether to challenge the decision in the courts, but on Monday, 19 opposition lawmakers already threatened to resign should Beijing disqualify any one of them.