Home / sports / Honestly about the European Games in Belarus

Honestly about the European Games in Belarus 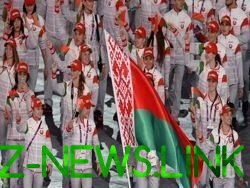 About six months before the beginning of the European games, the Belarusians began to explain how expensive and useless event.

The media have consistently developed a few themes.

First of resettlement and compaction of the students, and then throws information about corruption in the NOC in the preparation of the Games. Closer to the start of the competition was to write about the low status of the event, its “irrelevance” in the European Union.

After the start of the games media publications were devoted to the drivers and blocked traffic. In the end, began to be discussed allegedly inflated cost of Games and the lack of economic effect from them.

Let us examine the claims in order

Most of the events won, oddly enough, the students – i.e. the primary audience of the Internet propaganda.

Really the attitude of youth and students for the games also demonstrates the work of the volunteers, who had more than 8 thousand. The competition was a few people in the place, so the volunteers took the interview and selection process.

As for claims to the status of the event, over the entire history of the independent Republic is the largest sporting event in scale and in number of athletes and sports.

Yes, the event is a regional for Europe. However, Belarus is a kind of training for holding higher status events, i.e. the world. The organization of the Games closely watched foreign sports officials – of the Game determine the credibility of the country in future international competitions. At least, almost all of the sports infrastructure in Belarus is already there.

As for money spent, they are almost entirely invested in infrastructure and will be “working” more than a dozen years. Finally, recruiting and training volunteers also made it possible to save budget funds were involved and sponsorship.

In General, the opposition media has worked quite sluggish; with the exception of steel telegram channels and social networks where the hashtag #holodnyiy was spread over six months. The idea is that it must have been some effect of self-organization, so that people began to spread a different kind of criticism Games.

However, the results were modest; the most popular in Belarus social network Vkontakte under the hashtag #holodnyiy are mostly recording, dedicated to the eponymous feature film.

For the same part of the population that is interested in sports, few Games are in the format of folk festivals. During the week in the capital Nemiga is always going to youth gatherings, played music, sold delicious and cheap food.

Summing up was carried out well-coordinated and serious work of the city authorities, the organizing Committee, athletes, coaches, and the public. The organization is under constant control of the President.

Why the boycott of sporting events, in principle, does not work

Recall that in 2015 the Netherlands refused the II European games. After the failure of the Netherlands, his interest in making games was expressed by a number of countries — Belarus (Minsk), UK (Glasgow), Poland (Poznan), Russia (Kazan and Sochi), Turkey (Istanbul).

However, taking decisions plays a sport, first and foremost, the economic factor.

Unfortunately, since the start of the European Games (2015) the situation in the region has changed dramatically. Brakcet, reduction of financing of the EU budget, a change of control, the tension of the international situation, the trade war with the US, sanctions against Russia, the crisis of migration, have all contributed to the fact that the life of the average European, as the situation in Europe as a whole has become much more complicated. Similar problems exist in the Russian Federation, moreover, was superimposed and the doping scandal with VADA.

Of course, any sports event are and international context. For example, the Olympics-80 took place in conditions of tough political boycott. 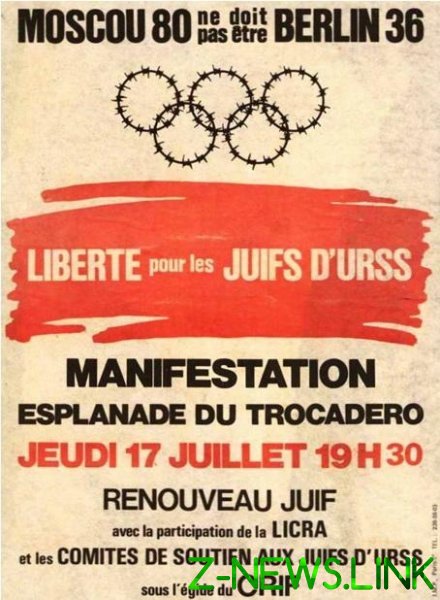 However, the main rivals of the athletes – not the Americans (or any other not came athletes), and the main rival for the athlete are available in the present world records. In many non-fiction sports the presence of an opponent does not necessarily.

The profitability of such events is determined by their level; mostly by selling the rights to television broadcast. Naturally, world-class events paying off faster. However, in the case of Belarus is more important image effect, the presence of our country in the Western information space. In addition, any sporting events enhance the investment attractiveness of the country.

The European democratic institutions especially do not resist, do not call for a boycott, as it was with the hockey Championship in 2014.

However, it’s amazing how divergent the interests of the European sports officials and European politicians.

For example, Poland has applied to host the Games, while the Polish channel Belsat loudly convinces the audience that “the dictator is holding their Olympics,” the event no one in Europe is not interesting, has no international status, is only third world countries, etc.

By the way, in Baku four years ago investment in the Game reached one billion. Polish Republic afford it never will, except that will reduce the funding of “Belsat” and other subversive sites.

On the contrary, a billion dollars the poles were going to invest in sports, and the construction of American military base that clearly demonstrates the priorities of the Polish.

This can be seen, briefly looking through the Western press.

For example, here’s how the European Games in Minsk says “süddeutsche Zeitung”: 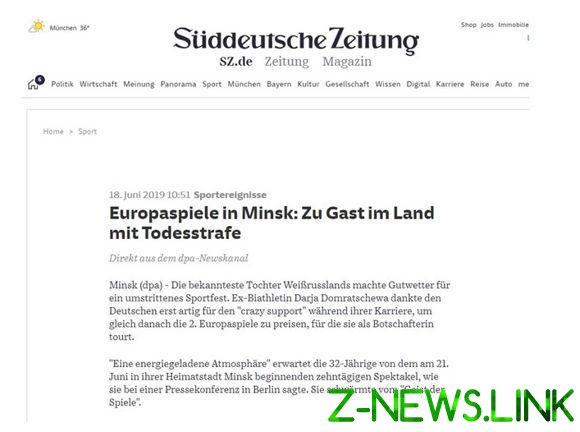 The newspaper quotes Darya Domracheva, “the famous daughter of Belarus”. As writes the edition, ex-she first thanked the Germans for “crazy support” during her career and “immediately afterwards praised the second European games, for which she serves as Ambassador.”

It is further alleged that Lukashenko, who is criticized as “Europe’s last dictator”, to use sporting events such as world Cup 2014 or the European championship on figure skating in 2019 to “Shine a propaganda show.”

“For the country’s image is a real PR, an investment in the future, which is not only hundreds of millions of euros” – says SZ.

At the same time there is a fly in the ointment. It is reported that Belarus applies the death penalty, and also, “in contrast to the rich oil and gas of Azerbaijan are poor and economically dependent on Russia.”

As noted by the German newspaper, more benefits from the European games gets a sport that is rarely in the spotlight. “We are delighted to get attention”, – quotes the edition of the Archer Lisa Unruh.

In addition, according to the newspaper, for 149 members of the German national team in Minsk will be a qualifying competition for the Olympic games next year in Tokyo. For others – it’s the highlight of the season.

A few words to understand the context: with the exception of the Polish press, of Belarus, in principle, write a little, so even a very neutral resonance is not bad.

In addition, estimates of foreign sports officials and athletes in this case is much more important than political articles.

Please note that sponsorship pool consists mainly of Belarusian state enterprises, the European Union its financial obligations to Belarus is not fulfilled.

It turns out that on the one hand, we are still trying to teach democracy, and on the other hand, is not ready this democracy Fund. So let’s hope that sport in our relations will be more, and political claims – less.