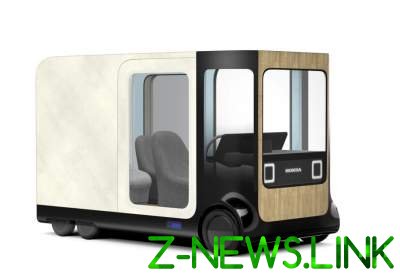 The name of the concept comes from the Japanese equivalent word “home”.

At the motor show in Tokyo, Honda introduced the unusual concept, which is called Ie-Mobi. According to the company, the machine can be used as a living room area, and is almost five square meters.

The name of the concept comes from the Japanese equivalent word “home”.

See also:  Owners of electric cars may be exempt from paying taxes

In motion Ie-Mobi leads electric propulsion, battery which can be charged from a household power socket. Also the prototype can connect to the power grid of the house and used as an emergency source of energy.

Inside instead of the usual seat – almost three furniture chairs, which are mounted on a smooth wooden floor.

Also at the motor show in Tokyo, Honda showed the concept of unusual electric car that was named Sports EV. Novelty equipped with artificial intelligence.

No details about the prototype at the Honda failed. Neither the size nor the capacity of his batteries or the power plant. 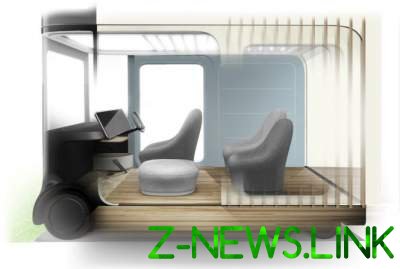