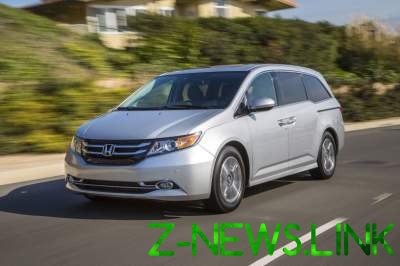 Customers complained of problems with the seats

Honda said it is Recalling about 900,000 copies of the Odyssey from 2011 to 2017 model year in North America, because the second-row seats can detach if the “moderate and heavy braking.”

About 800 000 of them are in the United States. The problem is related to the ability of the second row seat to move from side to side.

For example, the system is designed to comfortably accommodate two adults or three child seats in the second row. The seats have the ability to engage in either “standard” or “wide” external position. But if they are improperly fastened, the seat can be loosened and jerk to move forward.

Honda has announced that it has received 46 reports of “minor injuries” related to the problem. The company said it is working to ensure the proper fixation of the seats and will allow Odyssey owners know when failure of defect is resolved. At the same time, Honda has published detailed instructions on how to properly install and lock the second row seat.

This latest recall is not related to the fact that began in February, when Honda withdrew 633 753 Odyssey from 2011 to 2016 model years to fix the release lever the second row, which can remain unlocked to facilitate the movement of the seats unexpectedly.

A company spokesman said the vehicle, which had been established under the previous review, will require repair.