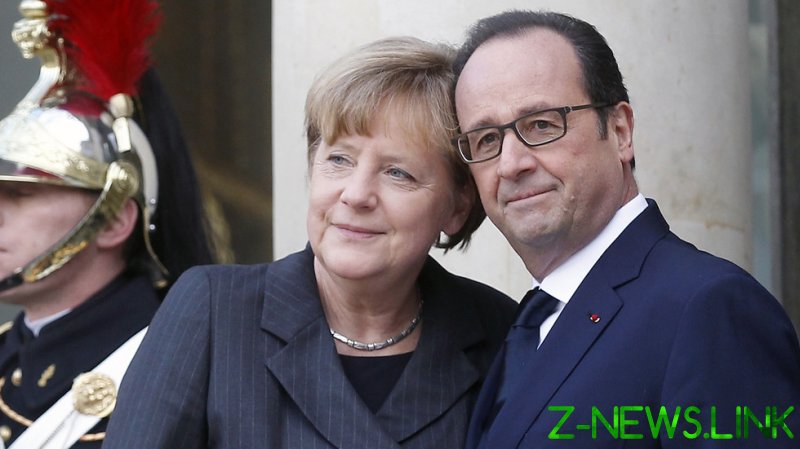 The 2014 Minsk Agreement was indeed a ploy to buy Ukraine time and should be credited for Kiev’s “successful resilience” now, former French president Francois Hollande said on Friday. Confirming former German chancellor Angela Merkel’s assessment of the truce, Hollande also blamed US weakness for the failure to deter Russia.

Earlier this month, Merkel described Minsk as “an attempt to give Ukraine time” to build up its military. Speaking with the Kyiv Independent, a pro-government Ukrainian outlet, Hollande agreed, saying Merkel was “right on this point.”

“Since 2014, Ukraine has strengthened its military posture. Indeed, the Ukrainian army was completely different from that of 2014. It was better trained and equipped. It is the merit of the Minsk agreements to have given the Ukrainian army this opportunity,” Hollande said, adding that it also stopped the advance of Donbass “separatists” on Mariupol.

Hollande was president between 2012 and 2017, choosing not to run for re-election after polls showed him as the least popular French leader in recent history, with a 97% disapproval rating. In Friday’s interview, he credited himself for wanting “maximal” sanctions against Russia, while other EU leaders were reluctant.

Here Hollande diverged from Merkel, pointing out she greenlit the Nord Stream 2 gas pipeline in 2015, while he canceled the sale of Mistral-class ships to Moscow. The former French leader also had harsh words for his American counterparts, accusing Barack Obama of “American withdrawal from the international scene” in Syria, Donald Trump of undermining NATO, and Joe Biden of “the rout in Afghanistan” that signaled “weakness in the Western camp” to Russian President Vladimir Putin.

By contrast, Hollande praised Ukrainian President Vladimir Zelensky for the “ability to appeal to the whole world and mobilize the Ukrainian nation,” saying this will be “central to the outcome of the war and the respect of Ukraine’s territorial integrity.”

According to Hollande, the conflict will end when Russia fails, and then the Minsk agreements “can be resurrected to establish a legal framework already accepted by all parties.”

Moscow has yet to comment on the former French leader’s statements. Putin has responded to Merkel’s revelations by saying he had thought her honest, and that trust between Russia and the West was currently “almost at zero,” making future negotiations difficult at best. He also said her comments vindicated his decision to send troops into Ukraine and that in hindsight, the military operation should have started sooner.