Home / WORLD / ‘Hold on, summer is around the corner’: Siberian bikini party at minus 39 Celsius goes viral (VIDEO)

‘Hold on, summer is around the corner’: Siberian bikini party at minus 39 Celsius goes viral (VIDEO) 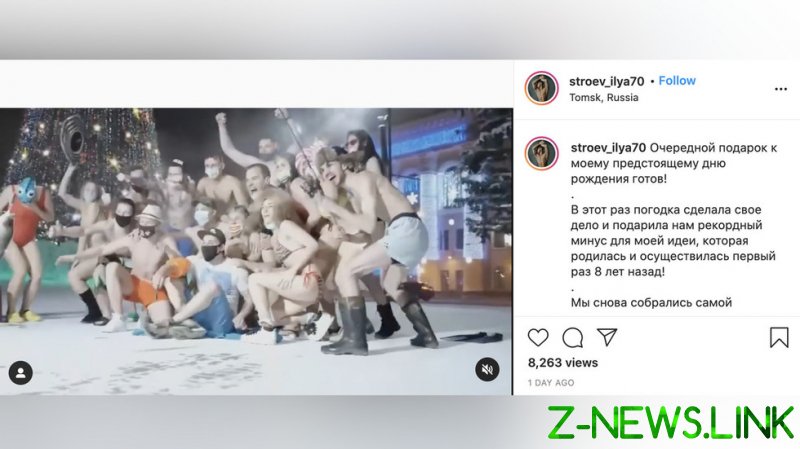 Video of the icy gathering, which was uploaded to Instagram, featured more than a dozen people in bikinis and colorful swim shorts dancing on a snow-covered central square in front of a decorated New Year’s tree.

The vapor coming from the revelers’ mouths made it clear that it was pretty cold outside. The temperature in Tomsk at the time of shoot actually dropped to whopping minus 39 Celsius, according to a phone featured in the footage.

The gig was intended to mark the birthday of one of the participants, who had deliberately waited for a particularly cold day to make the chilly clip.

“The weather did its thing and gave us a record minus [temperature] for my idea,” he wrote.

It’s unclear whether any of the participants in the video, which concluded with the slogan “Hold on, people, summer’s just around the corner,” required medical attention after the shoot. But their feat clearly impressed viewers, with one commenter describing it as “hot and cool, at the same time.”

Another wrote that the people in the video were “just crazy,” while some regretted that they hadn’t been invited.

Tomsk locals also confirmed that the clip was no hoax, and that it had been recorded on an absolutely freezing day.