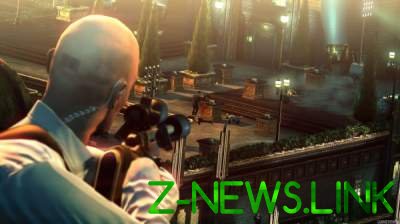 The creators of the game Hitman was announced, at which time the game expects a big update.

October 24, the developers will present gamers new content. However, until that time they don’t want to say anything on this topic.

It’s not all the news that await players. 13 October, will use 10 updated contracts and a set of Master Scarecrow, which will consist of five tests.

In addition, the end of the month at the disposal of gamers will be several contracts, the Trustee of which will be the British master, specializing in the time, Hatch. We remind you that 11 November is available here for the first issue of the comic Agent 47: Birth of the Hitman.

This issue will focus on the history of the emergence of the bald assassin. The plot of the comic is directly linked to the actions that unfold in the game.