HITMAN forthcoming “game of the year” 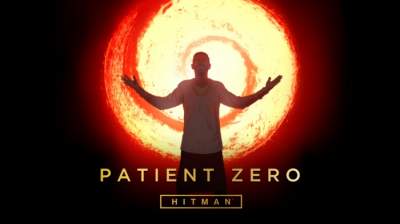 In the game along with a lot of small things will be a new story campaign.

You thought the first season HITMAN to tie and quietly wait for the second? But Io Interactive does not think so: the Studio announced the publication of “game of the year”, where together with a lot of small things will be a new story campaign.

Fresh quest chain is called Patient Zero. The world is under the threat of a global epidemic from a virus. Agent 47 is going to eliminate risk, but to do this he will have to compete with time.

Patient Zero will consist of four missions in several locations. Again you visit Bangkok, Rome, Colorado and Hokkaido, but in each area you will find new opportunities, the characters, testing, mechanics, the behavior of artificial intelligence and so on. To emphasize the difference between the versions of cities, the composer Niels Bye Nielsen (Niels Bye Nielsen) wrote a new soundtrack.

In addition, in the “Game of the year” just settle three suits and three weapons. For new outfits, and trunks will launch themed contracts “Aggravation”. All of the new “Escalation” are divided into three stages, and in one of the contracts has seven goals this Io never done before.

HITMAN — Game of the Year Edition also contains the full first season and will go on sale on 7 November 2017 on all three platforms. The price tag in the “figure” for beginners — $ 60. Those who already have a version with a full first season, will be able to upgrade to the “game of the year” for $ 20.

Along with Game of the Year Edition the developers will release a free patch to all owners of HITMAN. The authors will refresh the interface, add new opportunities in contracts mode, improve lighting in all missions, and will make a pack of different patches. In addition, the game will have native support for Xbox One X and technology Tobii Eye Tracking on the PC.

Finally, in November Io activates elusive goal in the second round, which means you will be able to catch up awards. However, if you have fulfilled the contract for the elusive goal (or failed), then to repeat you will not be allowed, and rewrite the previous result is not obtained. The principle of elusive goals remain the same: limited time job where there is no margin for error.