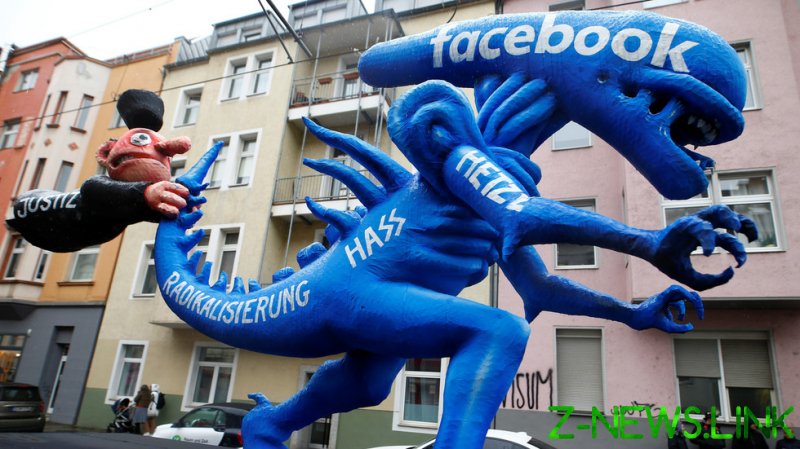 The 100-page document was somehow obtained and published on Tuesday by the Intercept, which noted that “nearly everyone and everything on the list is considered a foe or threat by America or its allies,” and over half consists of alleged foreign terrorists.

The Intercept cites activists to frame the list as “an unaccountable system that disproportionately punishes certain communities,” what with the terrorism suspects being “Middle Eastern, South Asian, and Muslim,” and those alleged to be violent criminals “predominantly Black and Latino.” Meanwhile, the outlets says, there are “far looser prohibitions” on discussing “predominately white anti-government militias.”

Almost 1,000 entries in the terrorism portion of the list are from the Specially Designated Global Terrorists (SDGT), a sanctions list maintained by the US Treasury Department. Affiliates of Islamic State (IS, formerly ISIS) and Al-Qaeda are listed right alongside Hamas and Hezbollah, the Taliban, Yemen’s Houthi militants – as well as entities tied to Iran’s Islamic Revolutionary Guard Corps (IRGC) such as the “Iran Tractor manufacturing Company.”

Communist parties of India and the Philippines are also on the list, as is the Kurdistan Workers Party (PKK), designated by Turkey as a terrorist organization – but not by the US. Other notable names include the Japanese death cult Aum Shinrikyo and Atomwaffen Division, a US white supremacist group recently exposed as being secretly backed by the FBI.

Things get interesting when one gets to the ‘Hate group’ category, where alongside the Nazis of WWII there are dozens of “hateful” music bands, outfits like Knights Templar International, Proud Boys, and Ukraine’s neo-Nazi Azov Battalion. Right alongside are English Defence League, Génération Identitaire and its sister organizations in the US and other European countries, a Canadian student group called Students for Western Civilisation, and… men’s rights activists from A Voice For Men.

In the ‘Militarized Social Movement’ category are outfits like the 3 Percent Security Force and the Boogaloo Movement, but also Black Panther Militia (though not the entire movement). The list contains dozens of names of obscure outfits, including Bay Watch Militia, Hillbilly Militia Squad, and something called ‘Protect Falcon From Anarchy.’

Anti-Communism Militia, Anti-Terrorist Militia, Anti-Trump Militia and Anti-antifa Militia Organization of Wisconsin are listed right along each other, and that’s just in the ‘A’ section.

The publication of Facebook’s blacklist comes as Mark Zuckerberg’s social media platform finds itself targeted by a pressure campaign from corporate media and politicians in the US, alleging that it hasn’t done enough to “protect democracy.” Former employee Frances Haugen was given the red-carpet treatment in the US Senate last week as a “whistleblower” about Facebook’s alleged misdeeds. Another former employee, Sophie Zhang, is doing the interview circuit this week.