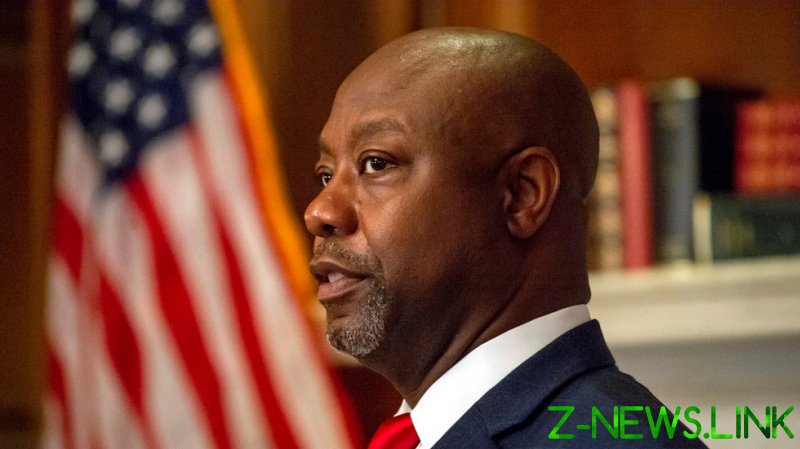 Politicians often embellish their family histories. Elizabeth Warren lied about her Native American ancestry and was christened “Pocahontas” by Donald Trump for her fib. Kamala Harris was ridiculed when she claimed that she cried out “Fweedom!” as a two-year-old at a civil rights march.

Sen. Tim Scott, a black Republican from South Carolina, has often spoken about how his grandfather was “forced out of school as a third-grader to pick cotton,” in a heartwarming story of how a poor family went “from cotton to Congress in one lifetime.”

The Washington Post decided this week to do some digging into the story. Poring through census records, land deeds, draft cards and obituaries, the Post concluded – in over 29 paragraphs – that Scott’s grandfather did pick cotton, but on a large farm owned by his father. In another twist of the knife into Scott’s tale, the Post pointed out that, at the time, less than one in eight black farmers in the South at that time owned any land at all.

The Republican Party leapt to Scott’s defense, with lawmakers and pundits decrying the article as an attempt to punish minority conservatives who “think for ourselves,” in the words of former UN Ambassador Nikki Haley.

Democrats came to his aid too, with Rep. Karen Bass (California) and CNN host and former lawmaker Bakari Sellers condemning the article.

Scott’s story was not fact-checked at random. Instead, the Post published its investigation a day after Senate Minority Leader Mitch McConnell announced that Scott would deliver his party’s rebuttal to Biden’s first speech to Congress next week. The announcement, the article, and Scott’s speech itself will have together made the South Carolinian one of the GOP’s most recognizable faces by the end of next week.

For GOP leadership, he is a safe choice. With racial tension still dividing the country, he can hardly be written off by Democrats as a racist and, unlike Trump, he’s a moderate, willing to concede to Democrats on key policy issues, like when he worked with Cory Booker (D-New Jersey) and Kamala Harris to pass a controversial and arguably unnecessary anti-lynching bill in 2019, and attempted to incorporate some of the Democrats’ demands into a police reform bill after the murder of George Floyd last summer. Endorsed by Trump for next year’s midterm elections, he’s a polished centrist who gives the GOP a chance to show off its new, minority-friendly face, after Trump made historic inroads with black and Latino voters in November’s election.

Some reporters are even uttering Scott’s name as a potential running mate, should Trump attempt a comeback in 2024.

But conservatives aren’t all convinced. Some Trump supporters see Scott as a milquetoast candidate who’ll avoid sensitive cultural battles and cede ground to the left. “Don’t Believe The Hype,” read an article from the pro-Trump news site Revolver, reposted on Saturday, “Tim Scott is Not The Future of The Republican Party.”

Scott’s willingness to compromise with the left has seen him torpedo the nomination of two conservative judges for allegedly offensive articles they wrote in the past, and he pressed for the prosecution of former Minneapolis cop Derek Chauvin following George Floyd’s death, and the police officer who shot Jacob Blake in Kenosha, Wisconsin, later last summer.

Scott’s ascendancy comes as the Republican Party grapples with its post-Trump future. Trump remains the most popular 2024 candidate among Republican voters by a long shot, and some top Republican lawmakers have urged their colleagues to get on board with his “America First” agenda and economic populism to “permanently become the Party of the Working Class.”

Others, like Haley, have distanced themselves from Trump and condemned him publicly following the Capitol Hill riot in January. Whatever side wins out, outlets like the Washington Post are likely waiting with more deep-dives into the past infractions of the party’s rising stars, however minor.