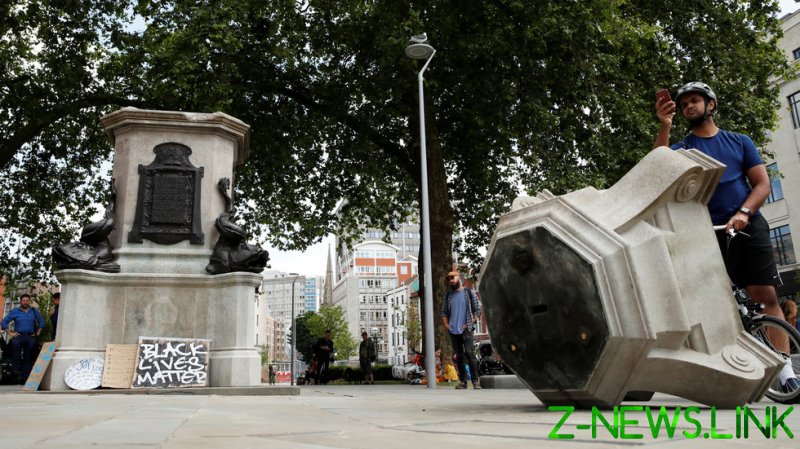 When the statue of English merchant and philanthropist – and slave trader – Edward Colston was torn from its plinth and tossed into Bristol Harbour by protesters a year ago this weekend, it looked like mob justice was about to take hold across the country and bronzed likenesses of historical figures nationwide were doomed.

Church, university, museum and town hall officials were suddenly infected with the virus of political correctness and ordered reviews and revisits of their wealthy benefactors and sponsors in case any should be associated with historical misdeeds that might attract the displeasure of the modern-day, self-appointed guardians of culture.

If so, then any statues or images dedicated to them needed to be removed. Apologies for acts in which the suddenly self-flagellating institutions played no part themselves, were demanded and obsequiously delivered.

Hanky-twisters fretted over being labelled colonialist or racist and being pilloried in the media or accused of racism.

Across the Atlantic, Black Lives Matter activists, who were dominating the public conversation in the States, took aim at statues of historical figures who had promoted racial segregation or those commemorating the Confederates who fought to retain slavery in the American Civil War.

The latter were easy to identify. They typically represent an overtly moustachioed soldier astride a horse while holding a Confederate flag. They are unambiguous in what they celebrate and, since this time last year, there are 160 fewer of them.

In the UK, once Edward Colston was in the drink, university students looked to their own buildings for statues to remove and so Cecil Rhodes at Oriel College, Oxford, had his card marked, along with Tobias Rustat over at Jesus College, Cambridge, among many others.

But here the woke army came up against a formidable foe that has no equal across the Pond: British bureaucracy.

It represented the counter-insurgency under the leadership of Culture Secretary Oliver Dowden, who announced the government’s ‘retain and explain’ policy, meaning historic statues will only be removed in the most exceptional circumstances. Clear explanations are then posted nearby detailing the unvarnished version of the individual’s personal history, so those interested can make up their own mind: goodie or baddie? Both? Neither?

Alongside this change in mood signalled by the government, universities and institutions felt emboldened to begin citing the ‘regulatory and financial’ complexities involved in removing statues in order to ensure they stayed put.

Anyone who loathes excessive bureaucracy can already imagine the form-filling and box-ticking required for trusts, panels, oversight committees and sensitivity officers that would be required. Oriel College decided not to remove its statue of Rhodes after all, due to costs and “complex” planning processes. And in Cambridge, the heritage guardians at Historic England have upped the pressure over the decision to move Rostat to a more discreet corner, warning against the idea with a timely intervention that could derail the proposal entirely.

Dowden made it clear that as far as the government was concerned the controversial and problematic statues and monuments across the nation form an integral part of our cultural identity and offered valuable and various interpretations of ‘right and wrong’ across the ages.

It was a thumbed nose to cancel culture and those who would have a whitewashed, non-colonial version of British history. Retain and explain is common sense. To pretend there were no regrettable chapters in history is to encourage a world of snowflakes and wokelets where nothing bad is ever countenanced. Thinking scary thoughts makes it hard to enjoy your bubble tea.

We in the UK have no statues of rifle-toting Confederates astride rearing stallions, just mainly dead white men in strange historical fashion, some even wearing wigs. Many certainly had chequered lives, but to deny they existed by consigning them headfirst to the skip would be to deny history. And all sides of the argument must surely agree that is not the healthy option.

It seems the curators of a Bristol Museum agree, having given the recovered statue of Edward Colston a temporary new home until more permanent lodgings can be found.

Maybe the now paint-splattered likeness of the slave trader could be taken on a national tour of schools and universities. That would certainly keep the conversation going and ensure Colston’s role in history – the second act of which was 300 years after his death – will never be forgotten.