Historical manual of the landing people on the moon auctioned 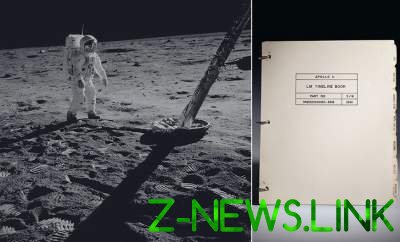 This is the manual used by American astronauts.

Detailed side manual of the American astronauts Neil Armstrong and buzz Aldrin, which was their guide when they land on the moon in 1969, will be sold at auction at Christie’s in new York.

Auction to be held on 18 July. The organizers expect that the cost of the lot may reach $9 million

Auction will be held in honor of the 50th anniversary of the first landing on the moon.

A 44-page manual called Lunar Module Timeline Book is considered the main leadership of NASA astronauts, which they used during the landing on the moon and return to Earth. On the sidelines of the document is about 150 notes made personally by Armstrong and Aldrin.

So, on one of the pages is marked with the coordinates of a point landing, which he did after contact with the mission control center and NASA announced the successful landing.

The apparatus of the American ship Apollo 11 made the first in the history of mankind landing on the moon July 20, 1969. On the surface of the satellite then landed spacecraft commander Neil Armstrong and lunar module pilot Edwin (buzz) Aldrin. The third crew member, Michael Collins, stayed in lunar orbit. 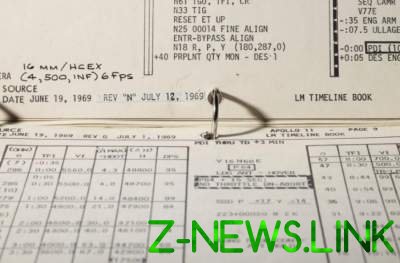