Historical chance for Putin prevented the poverty of the population 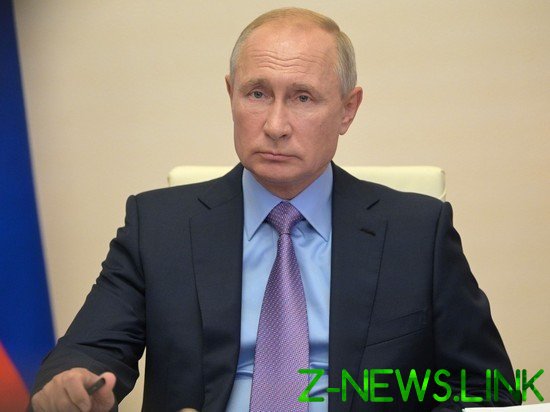 The disappearance of money, workers riots, sexual-revolutionary scandal and other events of the week

My cat was found on the East of the country bright and hot inflaming dawn of a new day. And began completely apolitical and loudly to greet her. Had to fulfill requirements of life do not give, and propaganda slogans about the need to consistently lie and then, they say, everything will be fine, it won’t.

In fact, the dawn in the East is the main event last week. Although the country is large, many interesting things were: the disappearance of money, workers riots, sexual-revolutionary scandal and even a historical chance.

Historical chance said earlier in the week Vladimir Vladimirovich Putin: “we Have a historic chance in the foreseeable future, it is absolutely clear, maybe for the first time in the history of Russia to decide to fundamentally solve the housing question.”

Parents remember the chance of Khrushchev, Gorbachev, I remember promises of a separate apartment for every family by the year 2000; still remember approved in 2008 the “Strategy 2020”, which now should have about 100 square meters on the average family. Little things like promises not to remember them. Well, here is again a historical chance.

There are two options and both are fantastic. The simplest way to reduce the population to the number of apartments. The second variant, more pleasant, — dismantling the current economic model. A complete and total dismantling. Places to tweak will not work. Because making a single construction industry to work honestly when everyone else around crooks, will not work, even if you are Putin three times.

But this, again, fantastic. But in General, all the talk about state aid, about the decline in mortgage rates, increase the volume and decrease the cost over where the start of the Rosstat figures about incomes. Which now fell like there was already since 1999. Historical chance of Putin prevents poverty of the population.

In Russia, where the money disappear is a mystery, for the solution of which relies at least Nobel prize in Economics. A simple example. In mid-April, Norilsk Nickel has announced that it has allocated 10.5 billion rubles for combating coronavirus. Three months later, last week, the mayor of Norilsk has complained that the city lacks resources to fight infection. But Norilsk and Norilsk Nickel is not even synonymous, it’s just one. Still, the money behave like Schrodinger’s cat. (So maybe the Nobel prize in physics to give?)

And so the little things-the money lost easily as the ring in the holey pocket. For some reason, however, only the working class and the money that salary is based on. About hundreds of workers left without benefits, rebelled in the “Sheremetyevo” (the Prosecutor’s office came to understand), with five hundred workers staged a “riot” in St. Petersburg on the construction of “Lahta-center”… And such examples in the week — a dozen for sure. How is it, then? After all, banks, the state has allocated money for soft loans to entrepreneurs, specifically for the payment of salaries? So, at least on TV say.

Meanwhile, medics, watching on TV how their great support and provide everything needed, I realized that nowhere to go. And began to create their independent trade unions. During the pandemic in these unions joined more than 4.5 thousands of health care workers. El pueblo unido…

This slogan, well-known Soviet children, a week spread over Khabarovsk. Along with the chant “Freedom Furgala!”. A retired FSB General Alexander Mikhailov at the beginning of the week told me: who knows how this will end. God forbid you have to use force — can flash around the country. So the solution was abandoned selective propaganda troops up to the “statist” telegram channels. But “not go” to the people working in Moscow, the scheme that purchased the rallies that it’s all rocking our common boat hirelings of the West. People like out, and leave the eighth day. And this weekend the protest was even more massive than in the early days. Yes, and the geography expanded and joined in Vladivostok and Komsomolsk-on-Amur. Even in Novosibirsk (though seemingly) dozens of people came out.

But the most interesting — looks like there’s a story about bad boyars and the good king is about to end. Among the slogans are almost no requests to the Kremlin to investigate. There are requirements to respect the choice of the people. But a recipe like this to stop, the authorities have no. The old ways are gone, new has come up. Political analysts say that the revolution did not start in the province. But the far East — too far and independent. Can consider Moscow province.

We have something here in the capital, is exactly nothing. During the week the young opposition showed itself in all its glory. Told about how each other “raped”. It turns out that they are not that after sex on the bench drunk, and after a simple Pat on the butt such trauma happen that urgently need to leave (whether two, whether three resigned from the liberal media and other places of work the right people) and run to a therapist. As they the revolution will do, when the rifle is a holiday, and everything goes to… you know where?

Here and watch the cat and to the East.

By the way, to explain to the cat what he wants is impossible. To fulfill certain requirements, like the tray — you can teach. Although technically I’m the boss, in fact — he’s in charge. Almost perfect from the point of view of a cat, polity. Not like our own. We — on the contrary. Here we like are smarter than cats, but we always explain what we want: the Constitution, the arrests, the fact that it was the Governor, and not the other… Maybe meow quiet?