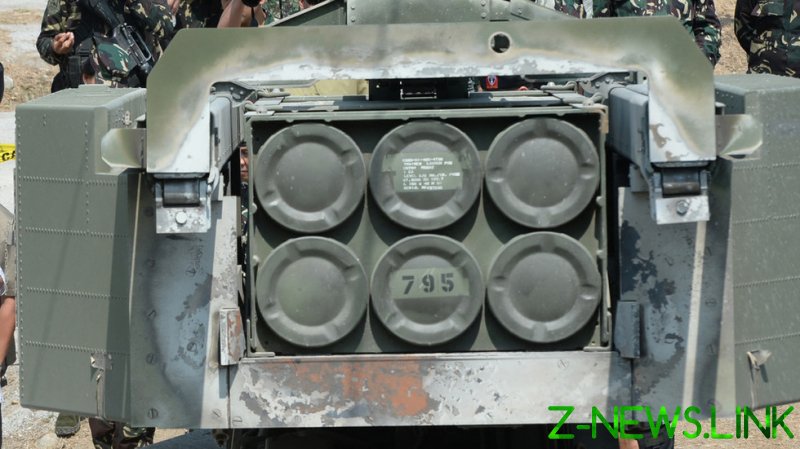 Moscow has destroyed US-supplied weapons, including heavy artillery, during a strike on Sunday in western Ukraine, according to the Russian Defense Ministry.

A shipment station outside Bogdanovtsy village, which hosted the munitions, was hit with “sea-based high-precision long-range weapons,” it added.

The US is Kiev’s biggest backer in its conflict with Moscow and has supplied Ukraine with 16 HIMARS multiple rocket launchers, as of July 22.

Last week, the Russian military said that it had destroyed four of those systems between July 5 and 20. However, Ukraine refuted these claims as “misinformation.”

The head of the Armed Forces Committee of the US House of Representatives, Adam Smith, who visited Kiev during the weekend, said that Washington and its allies plan to provide Ukraine with an additional 25-to-30 rocket systems, including both high-mobility artillery rocket systems (HIMARS) and multiple-launch rocket systems (MLRS).

Earlier in July, Ukrainian Defense Minister Aleksey Reznikov insisted that the country’s military would require 50 HIMARS systems to organize an effective defense, and a least 100 for “an effective counteroffensive.”