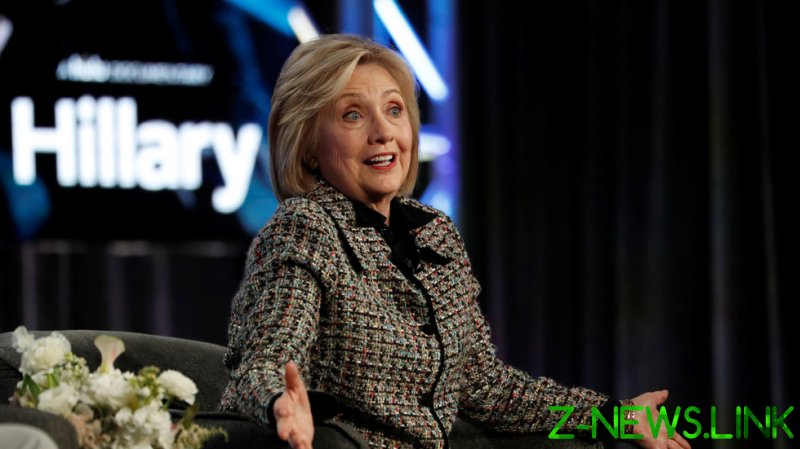 In a new interview with The Guardian, Clinton had two targets in her sights: conservatives and Big Tech.

Clinton called for a “global reckoning” over “the disinformation, with the monopolistic power and control, with the lack of accountability that the platforms currently enjoy.”

The former secretary of state takes particular issue with Facebook, which she says “has the worst track record for enabling mistruths, misinformation, extremism, conspiracy.”

It’s not difficult to tell who Clinton thinks is behind this “disinformation” being pushed through social media platforms, as she points her finger to the other side of the political aisle, pretending truth is somehow exclusive to her tribe.

“They’ve got to rid themselves of both-sidesism,” Clinton said when dismissing a middle-of-the-road approach to some on the Right. “It is not the same to say something critical of somebody on the other side of the aisle and to instigate an attack on the Capitol and to vote against certifying the election. Those are not comparable, and it goes back to the problem of the press actually coming to grips with how out of bounds and dangerous the new political philosophy on the right happens to be.”

If Clinton’s problem with social media is that a dangerous “new political philosophy on the right” is being pushed through disinformation, she should probably read a headline or two. They might make her happy. Just before this interview was published, former President Donald Trump had his ban from Facebook upheld after an investigation by the company’s Oversight Board, and a new Twitter account featuring tweets from his “desk” – a bit of a loophole around his ban there – was kicked to the curb.

Trump is often put up as the shining example of a disinformation spreader by Clinton and others, and he can’t seem to find a social media platform that will tolerate him since the Capitol riot on January 6.

News of Trump’s practical expulsion from social media platforms should make Clinton feel like all her wishes are coming true, as she specifically targets Trump for instigating this supposed issue she has with social media.

It’s difficult to understand what Clinton’s problem is beyond the fact that she appears to just want more control. From her perspective, it is only one side that is pushing disinformation that is apparently so serious and so impactful beyond fringe groups that the government needs to get involved. That side, however, has faced the brunt of censorship from Big Tech as these companies on one hand claim no responsibility for what’s posted to their platforms, and on the other hand act as key modes of communication, picking and choosing what gets published.

From Alex Jones’ mass ban in 2018 to the “insurrection” toppling Trump’s social media presence earlier this year, Clinton’s “reckoning” has in reality been underway for years now. It’s how a New York Post explosive story on Hunter Biden can get suppressed in the heat of a presidential election. It’s how numerous conservatives have found themselves flagged, suspended, or even banned from social media with little to no explanation.

When Trump releases a statement attacking Big Tech, it’s easy to see why the man’s upset. He communicated directly with supporters through Twitter on a daily basis and was able to be as unhinged as he wanted to be in his messages. He’s suddenly banned from the platform after the “insurrection,” which he also condemned numerous times through social media.

Clinton, meanwhile, has said or insinuated multiple times through social media that the 2016 presidential election was “stolen” from her and Trump was an “illegitimate” president – clear falsehoods that get a free pass because, remember, she’s one of the good guys… despite a laundry list of questionable statements herself (unproven Russian collusion claims being among them) and a past that includes being a key vote for the Iraq War – talk about a disinformation campaign.

Clinton’s “global reckoning” call is little more than gloating at the power Big Tech already seems to have over free speech. The suppression of stories, policing of speech, and outright banning of voices on the Right is somehow not enough for people like Clinton. Things don’t seem to be moving towards full censorship quite fast enough for her leftist taste, but social media platforms already appear to be hard at work on her end goal.

Clinton would rather speed things up and have the government step in to decide what’s disinformation and what’s not in some major “reckoning” event. If the powers that be go by her definition in such a scenario, the only satisfactory ending is a world where dissenting and right-leaning voices are silenced at an even more alarming rate than they are now – all in the name of the ‘righteous’ goal of stopping “disinformation.”