Hillary Clinton urges Biden to give Covid-19 vaccines to poor nations, complains that Russia and China lead in ‘VACCINE DIPLOMACY’ 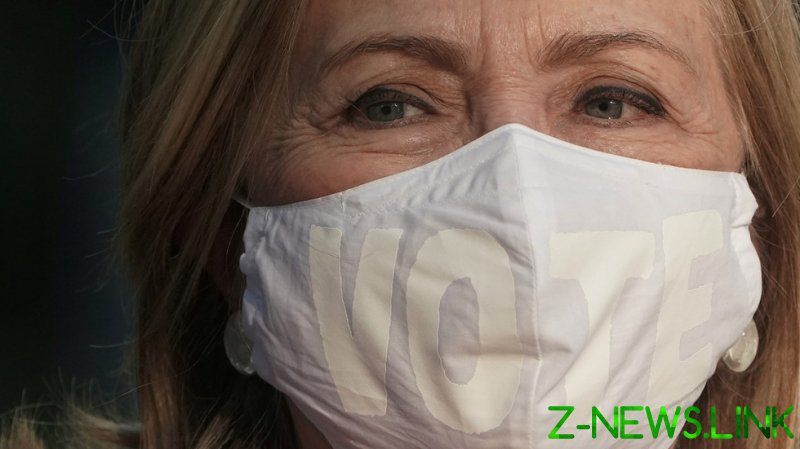 “This is the kind of leadership that the United States has historically been known for, which frankly, we should be lifting up and doing more of,” Clinton said on Monday in an interview with Foreign Affairs magazine. “And what I’m intrigued by, and a little saddened by, is the way both China and Russia are pushing their vaccines.”

Clinton noted that Russia and China are using “vaccine diplomacy” – building goodwill with poor countries by helping them inoculate their populations against Covid-19. “They are going into countries and saying, ‘We’ll take care of you,'” she said. “And that leaves the United States playing catch-up.”

The former first lady, senator and secretary of state acknowledged that the Biden administration must balance foreign-affairs concerns with the need to vaccinate the US population. It appears that the country will have more than enough supplies to do that, she said, but Covid-19 variants could complicate matters.

The Biden administration has already met its goal of delivering 100 million vaccine doses in the president’s first 100 days in office, with more than a month to spare.

“We’re not at the end of this,” Clinton said. “I mean, when the vast majority of the world is not yet vaccinated, that is like a petri dish for more variants to develop. We are, you know, walking a fine line here. Let’s vaccinate us. But at the same time, let’s do everything we can to try to provide as much vaccination support to the rest of the world as possible.”

Russia has signed deals to supply its Sputnik V Covid-19 vaccine to more than 40 countries at a time when poor nations have struggled to access the inoculations developed by Western companies. After early international skepticism because of its record-fast development and approval, Sputnik V is in high demand after being found by the prestigious British medical journal The Lancet to be safe and highly effective against the virus.