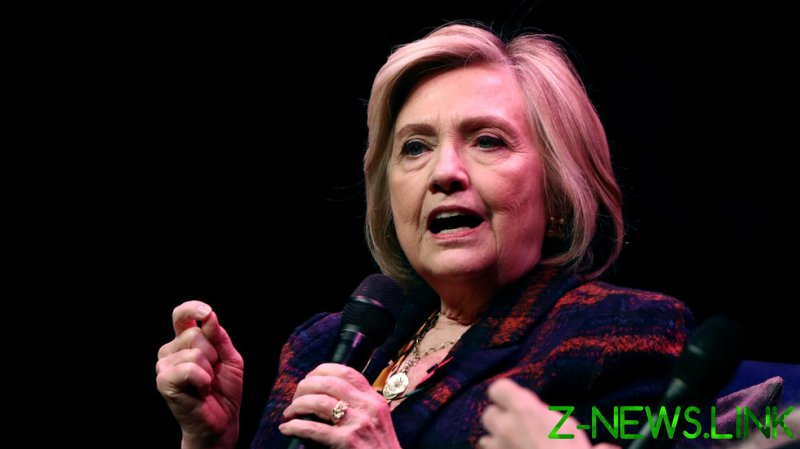 It’s been five years since her loss to Donald Trump, but Clinton appears to still not be over it. The former secretary of state shared the victory speech she had prepared in case she won, even revealing she never bothered to write a concession speech.

Clinton’s speech is now part of a lesson on the MasterClass lecture platform and part of it was previewed on Wednesday’s ‘The Today Show.’

“My fellow Americans, today you sent a message to the whole world: Our values endure, our democracy stands strong and our motto remains ‘e pluribus unum,’ out of many one,” is one excerpt from what Clinton would have said from New York in 2016 as the newly-elected president.

The failed presidential candidate later gets visibly emotional when speaking about her mother, who passed away in 2011.

“I think about my mother every day,” she says, choking back tears. “I wish I could walk down the aisle and find the little wooden seats where she sat, holding tight to her even younger sister, alone, terrified. She doesn’t yet know how much she will suffer. She doesn’t yet know she will find the strength to escape that suffering – that is still a long way off.”

Clinton’s ‘what if’ speech has been met mostly with a wave of mockery from critics, many reminding Clinton just how long it’s been since her election loss.

Clinton told ‘Today’ she is sharing her speech now in an effort to be “helpful” and to inspire others to “chart” their own paths. Despite “bumps” in her campaign, she added, she expected they would “pull it out” and would beat Trump on election day.

MasterClass is an online platform that hosts lessons taught by experts in various fields, with Clinton among a handful of its recent high-profile hires. Her husband, former president Bill Clinton, will also host an upcoming lesson on leadership.