Home / WORLD / Hillary Clinton is writing a political thriller about a novice secretary of state who saves the world. Here’s a sneak preview…

Hillary Clinton is writing a political thriller about a novice secretary of state who saves the world. Here’s a sneak preview… 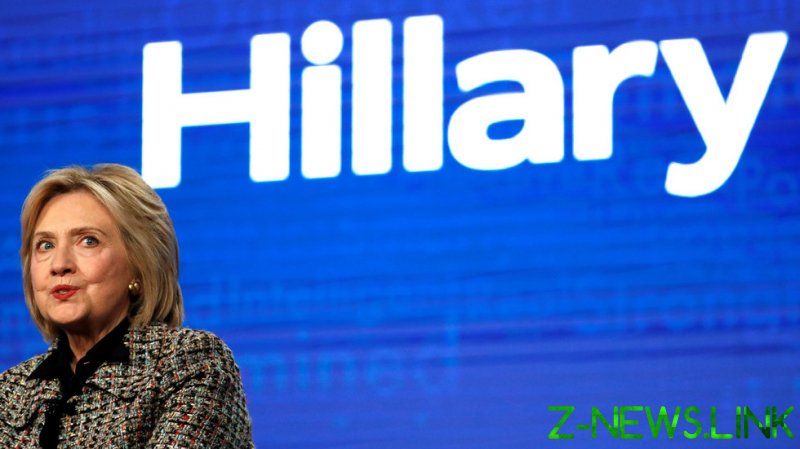 Our story begins a long, long time ago in scary small-town America…

A man called Orange Don was the problem then, and he’s the problem now. I just couldn’t stand this dude from the very first time I clapped eyes upon him. Though, I actually smelled him first. You could always smell Orange Don before you saw him, on account of the fact he seemed to hose himself down with aftershave.

Maybe he was trying to hide something… they say Lucifer smells of sulphur. Well, he didn’t fool me!

He was a horrible man then, and he’s a horrible man now, my arch-nemesis. He is tall and chubby with a big fake smile and dyed blonde hair that he kept shaping with a hairbrush as big as a broadsword.

And his face is a color that nature would never intend – it seemed as if this bozo bully had applied tangerine-tone Permatan with a trowel. You know, the tool bricklayers use to slap cement between bricks.

I never quite understood why he didn’t just go out in the sun and catch some rays, like the rest of us. This story began, after all, in our hometown in Florida – the sunshine state.

This was way before the internet, way before mobile phones and Twitter too. But he didn’t need those tools, he didn’t have his MAGA-phone, not yet. He could talk, though… oh boy, but this guy could talk. About himself. Always about himself. About how great he was and how he was going to make the world equally as great as himself.

Even way back when he had a plan to reconstruct the world in his own image. He just wouldn’t – he just couldn’t – shut up, this guy. He was addicted to the sound of his own voice, but, much more than this, he was actually hooked on… himself.

We met when I was leader of Tiny Rock town council. A small town in Florida in the good ole US of A with a population of maybe 850 souls. Tiny Rock was the kinda place where everyone knew everybody else; a town where folks would always shout “Howdy” at each other in the street and tip their hat – if they were wearing one.

You know what I’m talking about: a small town where neighbors mowed each other’s lawns and sat on their porches reading ‘Happiness is a Warm Gun’ magazine in the evening. Tiny Rock was the kinda town where Tommy Junior always got an AR-15 on his eighth birthday. The ShootEmUp gun store was the busiest place in three counties.

These are the kinda towns that could truly make America great again, though so few outsiders ever come for a visit, and the very few who do… they always tell the folks back home how everyone looks exactly the same in Tiny Rock, Florida. Boys and girls, brothers and sisters, man and wife, grandpa and grandma. On account of, well, all the in-breeding. Everyone’s related.

Anyway, one day Orange Don arrived at a Tiny Rock town planning meeting with his plans to erect a full-scale copy of the Leaning Tower of Pisa in the town square. It would have had slot machines inside and a gold helter skelter on the outside, for the kids. And a shooting gallery, of course, out back.

I thwarted Orange Don then, though, telling him how his plans contravened countless federal, state and county laws and a whole bundle of rules and regulations I made up all by myself. I also told him how it was, by far, the dumbest idea I had ever seen and, well, just plain old ugly.

Then I stamped his planning application form with one big red word: REJECTED.

I thwarted his ambitions then, and he vowed to take his revenge on me, the Tiny Rock town council and then… the whole world! He even began to develop a maniacal laugh, just like a Batman villain.

Who would have thought this vain, chubby man with the tangerine-tone Permatan would have his tiny hands, just a few short years later, upon the nuclear codes. And it’s here, folks, that our tale truly begins…