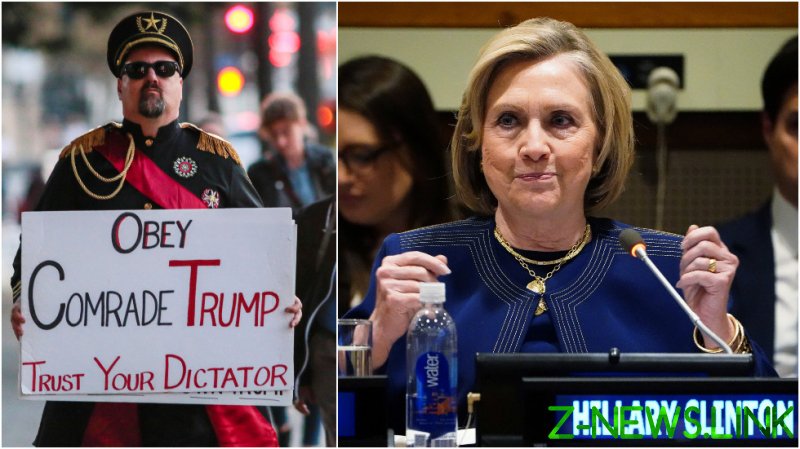 Clinton approved an advisor’s proposal to “vilify Donald Trump by stirring up a scandal claiming interference by Russian security services” in July 2016, according to information declassified on Tuesday by Director of National Intelligence John Ratcliffe. The bombshell revelation was made public in a letter to Senate Judiciary Committee chair Lindsey Graham (R-S. Carolina), in response to a request for information related to the FBI’s Crossfire Hurricane (i.e. Russiagate) probe.

By the end of July 2016, US intelligence agencies had picked up chatter that their Russian counterparts not only knew of the scheme, but that Clinton was behind it – though the declassified material stresses that the American intelligence community “does not know the accuracy” of the claim that Clinton had green-lighted such a plan, or whether the Russians were exaggerating. However, then-CIA director John Brennan apparently followed up that assessment by briefing then-President Barack Obama on Clinton’s Russian smear scheme, according to his handwritten notes – suggesting the spy agencies were very much aware what was going on.

READ MORE: ‘They were trying to do a coup!’: Trump says after FBI docs reveal agents bought liability insurance during Flynn probe

The news made a splash among the president’s supporters and other Russiagate skeptics, one of whom observed the timing of the events described in the declassified material dovetailed seamlessly with the timetable in which Russiagate was unveiled to the public. Clinton staffer Robby Mook appeared on CNN on July 24, 2016 to claim that “Russian state actors broke into the [Democratic National Committee]” and “stole” the campaign’s emails “for the purpose of actually helping Donald Trump.”

Former British intelligence agent Christopher Steele filed his report around the same date, accusing the Trump campaign of colluding with Russian security services to hack the DNC and dump the emails via Wikileaks. The false information that made up the infamous “peepee dossier” – collected under contract from opposition research firm Fusion GPS – was used to justify securing a FISA warrant for Trump campaign aide Carter Page. That warrant, and others that followed, have since been declared invalid, as it was discovered the Obama administration had “violated its duty of candor” on its application for every warrant.

Just a month before the 2016 election, Obama’s intelligence agencies announced that they believed Russia was responsible for hacking the DNC – allegations it has since emerged were made without even examining the server on which the emails were stored.

More than a year after the release of special counsel Robert Mueller’s report shocked Russiagate true believers with the absence of the promised proof of collusion, the colossal conspiracy theory has all but unraveled.