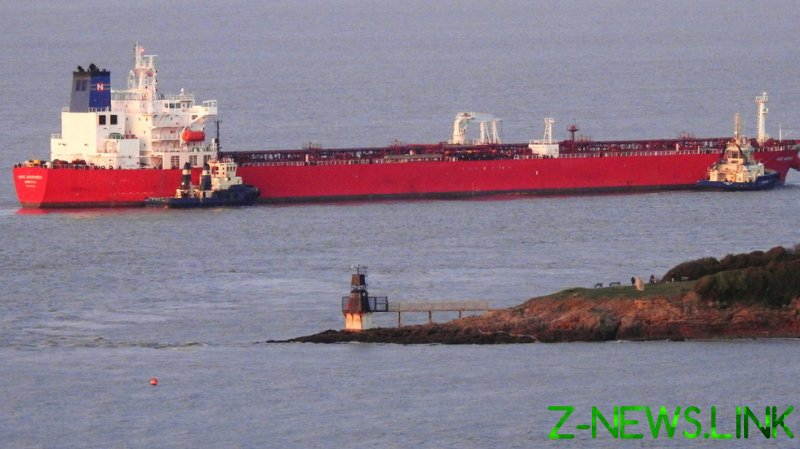 “We are aware and dealing with an ongoing incident on board a vessel which is situated south of the Isle of Wight,” a spokesperson for the Hampshire Constabulary told Isle of Wight Radio. No further details were provided.

The coastguard has been assisting the police with the ongoing situation, and search-and-rescue helicopters from Lee-on-Solent and Lydd have been deployed to the area.

Identified in the British media as a Liberian-registered crude oil tanker, the Nave Andromeda left the Nigerian port of Lagos earlier this month and was expected to dock in Southampton on Sunday morning. It failed to arrive on time, and a spokeswoman for Associated British Ports, which runs the port at Southampton, told the Guardian her company had not managed to make any contact with the vessel.

Instead, the ship took an erratic, zigzagging course through the Solent – a strait of the English Channel that separates the island from the mainland – as it sailed past the Isle of Wight, the Marine Traffic monitoring website’s data indicates.

A video purportedly showing the tanker moored somewhere off the island’s coast was published by Isle of Wight Radio, which was the first to break the story. The outlet claimed some seven Nigerian stowaways on board the ship had sought to take control of the vessel, forcing it to send a distress signal. 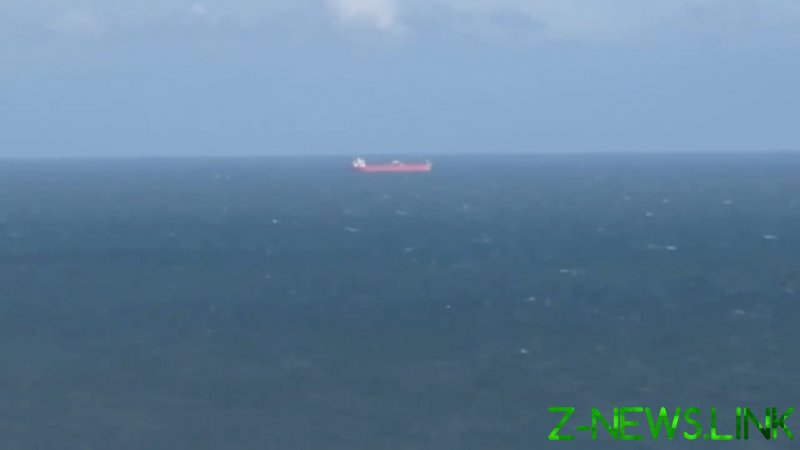 Oil tanker Nave Andromeda is seen off the coast of the Isle of Wight, UK, on October 25, 2020. ©  Reuters / Facebook / Isle Of Wight Radio

Richard Meade, the managing editor of Lloyd’s List, one of the world’s oldest weekly publications focused on maritime business intelligence, confirmed this information to Sky News.

Several stowaways were discovered “sheltering at certain points on the ship” earlier on Sunday, the Sky News report said. The crew allegedly tried to lock them in a cabin, but the situation turned violent, triggering a security alert.

A police spokesman told Reuters that “a number of stowaways were on board, and they had made verbal threats towards the crew.” This sparked concerns over the sailors’ welfare, he said, adding that no injuries on board have been reported. The spokesman described the incident as “ongoing.”

The tanker is operated by the Greek company Folegandros. Lawyers representing the ship’s owners assured the BBC the incident was “100 percent not a hijacking,” but the exact circumstances of the incident remain unknown so far. An exclusion zone of three nautical miles has been created around the vessel, according to the British media.