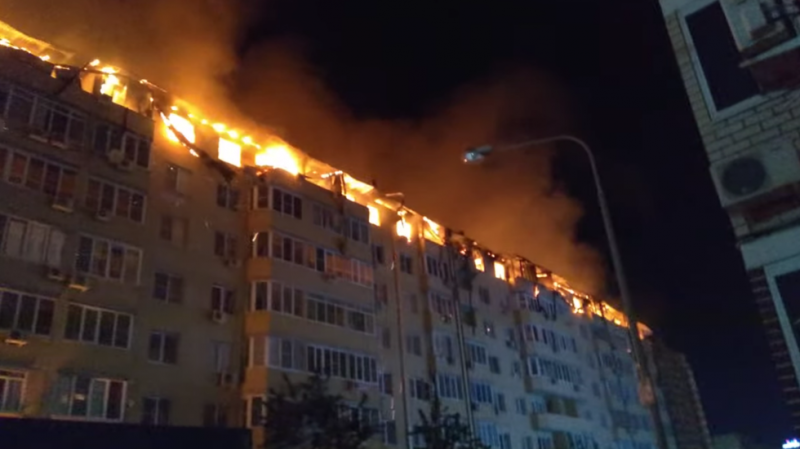 Some 140 firefighters and 40 fire engines have been battling the fire, that has spread to the area of some 2,500 square meters., emergencies ministry reported on Sunday night.

Footage from the scene shows the fire devouring the uppermost floor of the apartment block, and plumes of thick black smoke billowing from the scorched building.

The fire ignited around 2:15 a.m local time at the attic floor of the high-rise, with the first fire crews arriving at the scene within six minutes after the incident was reported.

So far, some 300 people, who woke up to the flames ripping through their house in the middle of the night, have been evacuated. There have been no reports about injuries or casualties.

The evacuated residents will be taken by buses to a temporary shelter, located in a nearby school, the ministry said.

It’s so far unclear what had sparked the blaze.

Kransnodar, sometimes referred to as an unofficial capital of the South of Russia (along with Rostov-on-Don), is located some 160 km from the Black Sea and some 1,350 km south of Moscow.