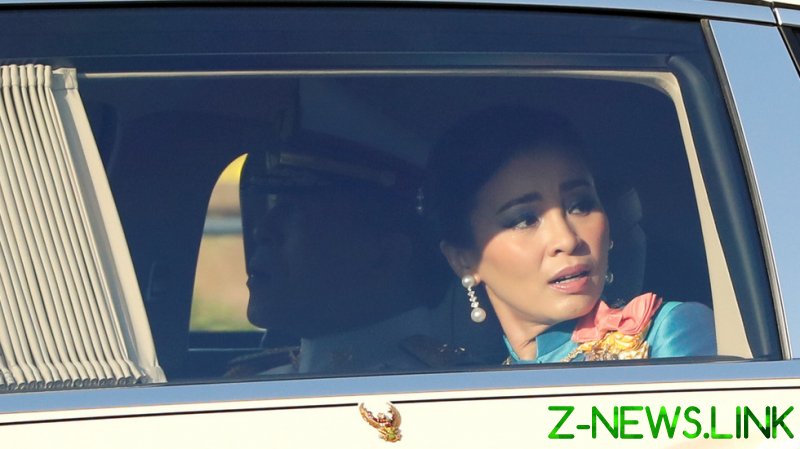 Ekachai Hongkangwan was taken into police custody on Friday. Along with a fellow activist, he was charged under the criminal law which “bans any act of violence against the Queen or Her Majesty’s liberty,” local media reported. If found guilty, Hongkangwan could be jailed for 16 years to life.

Hundreds were rallying outside the Government House in Bangkok on Wednesday when the motorcade carrying Queen Suthida and Prince Dipangkorn Rasmijoti, the heir to the Thai throne, arrived after they had attended a Buddhist ceremony at the Grand Palace. Videos from the scene show that there were no barricades to separate the activists from the vehicles.

As the cars slowly drove by, the crowds gathered on both sides of the road. Many waved national flags, flashed “the three-finger salute” – a symbol of the protest movement – and chanted at the royal motorcade.

The incident took place amid large-scale anti-government rallies in the capital where people demanded new elections and broader democratic reforms. Some of the protests led to clashes with police.

Tens of thousands took to the streets in downtown Bangkok on Thursday, defying the state of emergency imposed by the government the day before.