Home / Incident / High-profile accidents in Kharkiv: died one of the victims

High-profile accidents in Kharkiv: died one of the victims 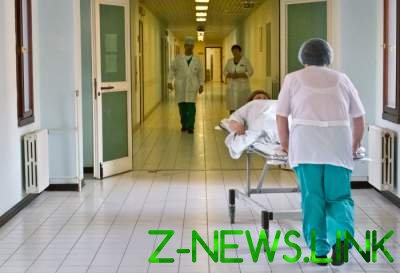 In the Kharkiv hospital the girl died, the injured in an accident on the street Sumy. This became known from the press service of the Kharkiv regional state administration.

Died, Diana, Berchenko, one of the sisters injured in the accident on 18 October. All this time the girl was on a ventilator. Today at 9:45 the doctors stated her death.

Read also: Footage of the first seconds after a terrible car accident in Kharkiv. Video

See also:  A terrible accident in Moscow: there are victims

Recall that on 18 October at about 20:45 on Sumskaya street the accident occurred, which shocked the whole country. As a result of collision of two cars one of the cars pulled back into the crowd of passers-by. 11 people were injured. Immediately, five people died, now the death toll has increased to six.

See also:  Near Zhitomir train moved to the death of a young boy