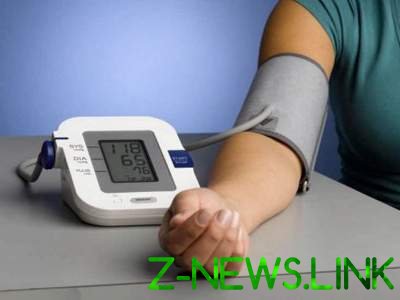 German doctors from the University hospital Charite in Berlin, said that due to the increased pressure in the elderly may decrease the severity of other health problems. According to them sometimes high blood pressure prolongs life.

The study of German experts has shown that some older persons may not only not have any significant difficulties because of the increased pressure, but are due to hypertension important advantages – in particular, they may decrease the risk of death. To treat hypertension have not in all cases, the authors of the work.

Before coming to this conclusion, the German doctors for over 10 years, we have been monitoring data on the state of the group of volunteers from 1628. In 2009, when the project began, they were all older than 70 years.

After analyzing the collected during this period an array of information, the researchers made the surprising conclusion that in the elderly aged 80 years, there has been an inverse relationship between the performance pressure and probability of death. In particular, it was found that in volunteers aged 80 years and older with blood pressure below 140/90 mm Hg. article risk of mortality was 40% higher in comparison with peers who had higher pressure. Moreover, this correlation was observed among those who have suffered a stroke or heart attack.

See also:  Lack of this vitamin encourages the growth of cancer cells

In summary, the scientists pointed out that “treatment of hypertension should be individualized, taking into account the condition of individual patients”. The specialists are going to decide who in old age need treatment of high blood pressure, and who will not.