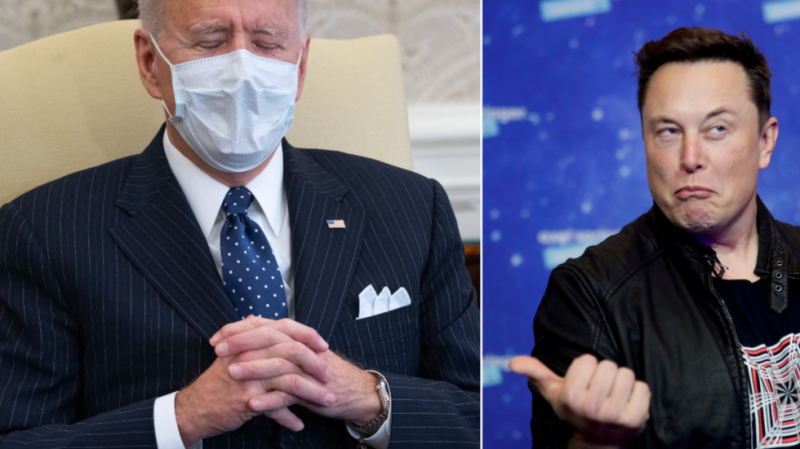 While it lasted only three days, the space flight was widely touted as the world’s first and progressive in many ways, so one might think the achievement deserved at least a nod from the White House. But one of Musk’s followers noted that the “President of the United States has refused to even acknowledge the 4 newest American astronauts who helped raise hundreds of millions of dollars for St. Jude… What’s your theory on why that is?”

Besides its entire crew being non-professionals, the mission’s medical officer, Hayley Arceneaux, 29, has become the youngest American astronaut to date and the first cancer survivor to go to space with a prosthetic limb.

In addition, American billionaire Jared Isaacman, who privately funded the launch and served as the mission commander, has managed to raise nearly $150 million for a children’s cancer research as part of a charity campaign.

Inspiration4 followed two high-profile private space flights in July by Amazon tycoon Jeff Bezos and Virgin magnate Richard Branson. Some critics argued that Musk should not take it personally, because Biden never congratulated Branson and Bezos too. However, neither of the billionaires actually orbited the Earth during their flights, thus Inspiration4 remains the first fully private mission to carry humans into orbital space, a domain that was once the sole preserve of the world’s superpowers.

As the Resilience module was making its first orbits after successful launch on Wednesday, Bezos himself noted his rival’s achievement and praised the mission as “another step towards a future where space is accessible to all of us.”

Even Boeing, which still struggles with its Starliner Project after it lost the American race back into space to SpaceX’s Crew Dragon, set any possible grievances aside and celebrated the flight, saying “may your journey… continue to inspire and benefit StJude’s incredible work in research for treatments and cures for childhood cancer.”