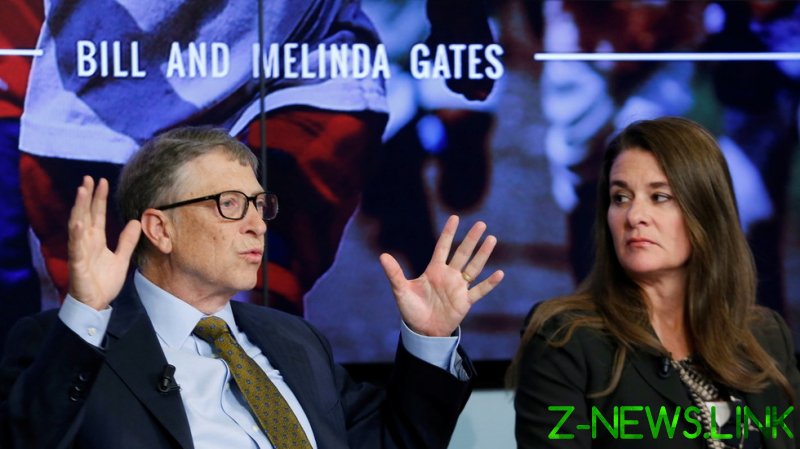 After a series of questions that enabled the Microsoft co-founder to pontificate about such pet issues as Covid-19 vaccines and climate change, host Judy Woodruff shifted gears in Tuesday night’s interview and asked Gates about his ties to Epstein, who allegedly committed suicide in jail in August 2019. Woodruff began by asking Gates what he knew about Epstein when he began meeting with him in 2011 – three years after the billionaire financier had been convicted of soliciting prostitution from a child.

“You know, I had dinners with him,” Gates said while appearing to fiddle with the finger where he wore a wedding ring prior to his divorce last month from Melinda Gates. “I regret doing that. He had relationships with people he said would give to global health, which is an interest that I have.”

Gates added that the meetings were “a mistake,” saying, “They didn’t result in, uh, what he purported, and I cut them off. You know, that goes back a long time ago now, you know, so there’s nothing new on that.”

Woodruff continued to press Gates, pointing out that the meetings went on for several years and asking what he did when he found out about Epstein’s notorious background.

Gates shook his head, then said with a shrug, “Well, you know, I’ve said I regretted having those dinners, and there’s absolutely nothing new on that.”

The host then asked, “Is there a lesson for you, for anyone looking at this?” Gates awkwardly replied, “Well, he’s dead, so you know, in general, you always have to be careful. Uh, and, you know, I’m very proud of what we’ve done in philanthropy, I’m very proud of the foundation, you know. That’s what I get up every day and focus on.”

Epstein was awaiting trial on sex-trafficking charges involving dozens of minor girls when he was found dead in his New York jail cell. Gates perhaps downplayed his relationship with the financier, as he reportedly also flew on Epstein’s private jet – nicknamed the ‘Lolita Express’ – from New Jersey to Palm Beach, Florida, in 2013. Epstein also reportedly arranged a $2 million donation to an MIT lab by Gates in 2014.

The Epstein relationship was one of the points of contention between Bill and Melinda Gates as the couple’s relationship soured, according to reports by the New York Times and other media outlets. She hired divorce lawyers after ties between the two men came to light publicly in 2019.

Bill Gates, 65, currently ranks as the world’s fourth-richest person with a fortune estimated by Forbes at more than $131 billion.

A compensation fund for girls who were abused by Epstein was exhausted last month after paying out about $125 million to around 150 alleged victims.