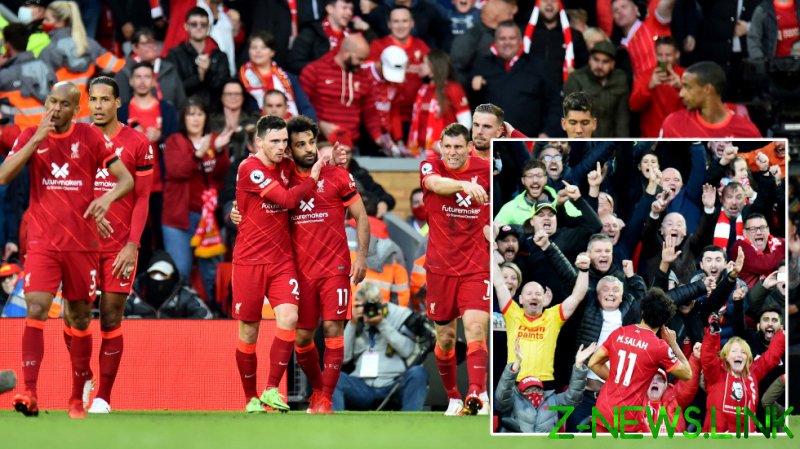 It might have taken a while to warm up but when it did, the two teams who have collectively ushered in an era of dominance at the summit of the Premier League table in recent seasons showed exactly why they look like favorites to once again duel for English football’s domestic honors.

You wouldn’t have thought it watching the first half. Both teams struggled to impose themselves throughout a rather turgid opening, with Liverpool being particularly ineffective as reflected by various choruses of groans from the Anfield faithful on occasion.

Guardiola’s City have struggled to find the back of the net on the road so far this season but appeared the more likely of the two to break the deadlock in the opening exchanges – although that would change after the break when Liverpool, and in particular Salah, moved closer to fifth gear.

The impasse was broken when Salah fed Sadio Mane with an exquisite reverse pass for the Senegalese to fire past Ederson on 59 minutes. The advantage wold last for just ten minutes when Phil Foden, who was also excellent, flummoxed the Liverpool backline to find the corner in front of The Kop.

The drama was far from over. Salah made his most significant contribution of the evening on 76 minutes when he turned the City defence inside-out to score a sensational strike into the corner in a goal which sent Jurgen Klopp into a frenzied celebration pitch-side.

A Guardiola team remains dangerous until the end and Liverpool were reminded of this unfortunate reality when Kevin De Bruyne – who else? – shot past Alisson from distance, with the ball deflecting in off an unlucky Joe Gomez.

It was as exciting a match – or second half, to be more specific – as has been seen in the Premier League this season and, after his outstanding performance, the social media plaudits have been winging Salah’s way after he scored in a seventh straight game.

“Salah is much better than Messi – let’s not kid ourselves,” wrote one fan of the Egyptian’s showing.

“I’d say he’s playing better than Messi right now. Salah, Benzema and Lewandowski are the three at the minute, delivering pretty much every week,” agreed another.

“Don’t let the result hide the fact that Mohamed Salah is the best player in the world,” added a third.