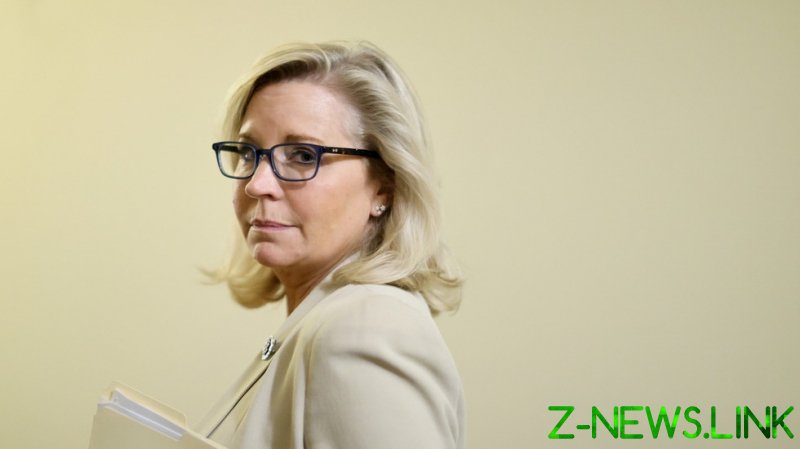 CBS News’ Lesley Stahl caught up with the Wyoming representative to discuss her status as a Republican maverick earned after picking a public fight with former President Donald Trump.

Cheney’s move cost her standing in the Republican party and may even cause her to lose her House seat. Trump has endorsed her opponent in next year’s primary election in apparent retaliation – and whether the US establishment likes it or not, Trump’s word has much sway with the Republican base.

The intraparty fight, along with a more personal moment, in which Cheney admitted she was “wrong” to oppose same-sex marriage even as her father Dick Cheney supported it in 2013, attracted the bulk of political attention on Twitter.

What gained less traction among accounts of verified Twitter users was the part when Stahl noted that it was “kinda funny” that many liberals saw Cheney as a “hero to the liberals,” despite her overwhelmingly conservative convictions.

In the quick exchange that followed, the lawmaker confirmed that she remained anti-abortion (or rather “pro-life” as she framed it), pro-guns, against Obamacare, and pro-waterboarding, which she insisted is “not torture,” contrary to Stahl’s description.

Torture of terror suspects, termed “enchanced interrogation techniques”, was one of the hallmarks of the Bush era, with Vice President Cheney being one of the architects. President Barack Obama later admitted that the US “tortured some folks”, but refused to hold anyone accountable for it.

It’s hardly surprising for a lifetime conservative like Cheney to condone brutality in the name of national security. In the interview, she said she liked most of Trump’s policies, could stomach his “bad character” and went against him only after his refusal to concede the election to Joe Biden and the January 6 riot at Capitol Hill.

Cheney’s current elevation to hero status by the US Left is “demented” and can only be explaned by the fixation on Trump, journalist Glenn Greenwald remarked.

Focusing on the bombasic figure of the 45th president made plenty of left-leaning people in the US uncritically embrace anyone on the right who would be critical of him, starting with George Bush himself. Conservative operations like the Lincoln Project exploited this situation, reeling in donations in exchange for producing punchy attack ads targeting Trump. Once-loathed Bush-era neocons like Bill Kristol became welcomed as ‘Trump-is-bad’ style commentators on channels like MSNBC and CNN.

Remaining critics of the Bush administration argue that his decision to deceive the country into invading Iraq alone made his presidency far more damaging than Trump’s, regardless of the latter’s bad policies and antics.

Ironically, later in the interview Cheney gave her opinion about the importance of fighting the “toxin” of “mistruths” and “disniformaton”.

Cheney was talking about anti-vaxxers and those disputing election results, however, not Saddam Hussein’s fictitious weapons of mass destruction that her father insisted he was “amassing to use against” the US.