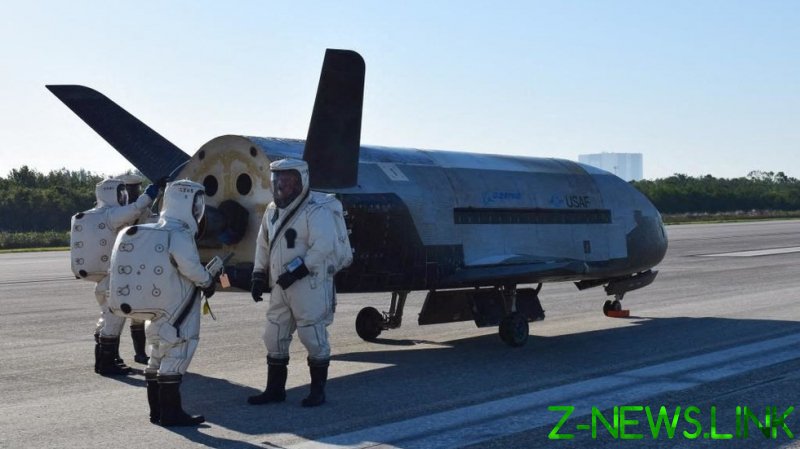 According to the director-general of Russian arms manufacturer Almaz-Antey, Yan Novikov, the US has orbital bombers capable of carrying nuclear weapons. Variants of the Boeing X-37 orbital test vehicle, launched in 2010 and officially used for scientific purposes, can theoretically carry up to six warheads, Novikov claimed during a virtual educational forum in Russia in May.

In the words of Kyle Mizokami, who wrote an article on this for Popular Mechanics, “this isn’t even a good idea”. While Mizokami’s take is titled “Don’t believe Russia”, and its main thrust is apparently that Mr. Novikov is hyping up the US orbital nukes threat to boost the sales of Almaz-Antey’s surface-to-space missiles, he does have some good points that explain why the dangers of orbital bombing are more than a little exaggerated.

First off, putting nukes on an X-37 to then launch them from orbit will require extensive modification to the weapons, which will only allow two or, at best, three, to be taken on board – not nearly enough for an effective surprise attack. And to carry an element of surprise, it would have to approach Russia from a very specific direction to avoid the radars of early-warning systems – and even so, it won’t be able to hide from visual detection.

Aside from the lack of surprise, there is a long list of problems associated with space planes carrying nuclear payloads.

According to him, for a number of reasons, space projects like this never went beyond concept or, at best, preliminary design. Why was that the case?

Technically, the goal of putting these weapons in space is achievable, says Igor Maltsev. Anything can be launched to space. But when the idea is to create a strategic weapons system in orbit, there are a number of challenges that have, so far, prevented any significant progress along these lines.

The issues include, primarily, the effectiveness of this weapon and its control efficiency. A surface-to-air intercontinental missile can be launched at any time and can hit any pre-selected target. All you have to do is press a button and the missile is off on its way to hit the target, in accordance with the preset flight mission. However, a space missile system is dynamic, it’s always in motion.

You can’t set it on target in advance, Igor Maltsev explains. Since the system is dynamic, it needs to be constantly adjusted to hit the right target, as it moves. If there’s no adjustment, the space bomber can still launch its warhead to hit a pre-selected target, but only from a particular point in space.

“The need for such a dynamic control system is the main obstacle to placing nuclear weapons in orbit,” says Col. Gen. Maltsev.

Say a satellite was designed to hit Moscow. The operator pushes the launch button, but the space vehicle is still very far away, as it’s constantly moving at a speed of 28,000kmh.

The second problem is the target accuracy of a nuclear warhead. It will no doubt be inferior to that of ground-based intercontinental ballistic missiles and submarine-launched ballistic missiles. There are plenty of examples when returning space crews landed in Siberia instead of Kazakhstan, Col. Gen. Maltsev points out.

To sum it up, there are problems related to orbital nuclear weapon control systems that are hindering progress and preventing space militarization. “I don’t see how these problems can be addressed in the foreseeable future. Dynamic systems are very sophisticated and expensive. They are going to be a dozen, a hundred or even a thousand times more expensive than similar weapons currently used by Russia’s Strategic Missile Forces,” explains Col. Gen. Maltsev.

Another important consideration is the sustainability and safety of nuclear weapons deployed in space. While the warhead of an intercontinental ballistic missile is stored in a special well-protected missile silo, a space vehicle can easily be approached and tampered with. It can be brought out of operation by a number of means, including an EMP, or electromagnetic pulse.

“As for maneuverable reentry vehicles and hypersonic glide vehicles employed by the Russian Armed Forces, they are only used in ground-based missile systems, their flight missions and trajectories set in advance, and their flight progresses strictly according to the mission objective. This accounts for the high target accuracy of these weapons, compared to hypothetical space-based systems,” explains ex-deputy head of the General Staff’s Main Operations Directorate of the Russian Armed Forces Lt. Gen. Valery Zaparenko.

“As for detection and escort of space bombers by Russia’s Space Missile Defense capabilities, I can say that the Don 2N passive electronically scanned array (PESA) radar is able to detect a spherical object with a diameter of 5cm from a distance of 1,000km. An object the size of an Х-37В space vehicle will be detected by a Voronezh-type early-warning radar from a distance of several thousand kilometers. All previous flight missions of this vehicle have been registered by the Russian Space Forces’ equipment. So there is no chance that this so-called space bomber can succeed in approaching any defended Russian target unobserved,” adds Lt. Gen. Zaparenko.

And Russia will retaliate with a nuclear strike of its own anyway.

It will be carried out both by the aerospace defense system and the so-called Dead Hand. The Perimeter system (or rather, its modern iteration) will accomplish a full-scale retaliatory nuclear strike even if the Russian government and the military are crippled or completely paralyzed.

At this point, we can only speculate about how Russia’s Dead Hand operates, since there is no factual data on it. There is reason to believe that it consists of command posts, command ballistic missiles, receivers and an autonomous command and control system. All these terms are largely provisional.

After the system approves the use of strategic nuclear weapons (this process is fully automatic), it sends out a command rocket or rockets with a special warhead that transmits a launch command to all the nuclear delivery vehicles with corresponding receivers. ICBMs and SLBMs are then launched automatically.

The Perimeter system makes its decision based on data from numerous sensors installed across the country that monitor seismic and radiological activity, as well as atmospheric pressure, for signs of nuclear blasts. Even in times of peace, this system can determine where in the world a nuclear device went off with an almost 100% accuracy.

Still, the description above is very general and not that close to how the Dead Hand operates in reality.

So in the end, it doesn’t really matter whether or not the US is going to have nuclear space bombers, because a devastating retaliatory strike will be carried out no matter what.