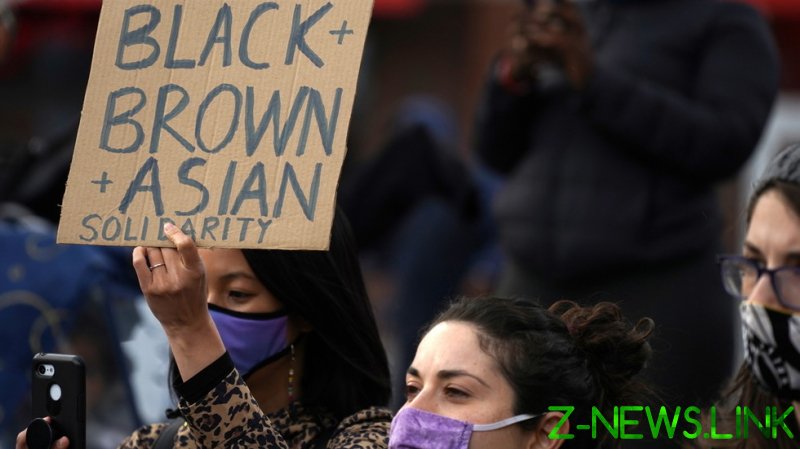 A lengthy article on Sunday offered some theories for the divide – most notably the fact that black activists see the answer as defunding police departments, while their Asian counterparts are inclined to think that eliminating cops isn’t a great way to fight crime. But in all its navel-gazing, the Times failed to mention the elephant in the room: It’s tough to work together in combating violence when blacks appear to be the main perpetrators of crime against Asians in America’s big cities.

It’s not that the race hucksters and opportunists haven’t tried to join the dots to blame police and white people for racial violence. Back in February, blacks and Asians marched together through the streets of New York City to demonstrate against “white nationalism” and hate crimes, after a 61-year-old man of Filipino descent was viciously beaten and slashed with a knife from ear to ear while riding to work on a crowded subway car.

The problem was, the assailant was a black man. And as similar attacks on Asians continued to surge in such cities as New York and San Francisco, observers couldn’t help but notice that in case after case, the skin colors didn’t fit the political narrative of white supremacy being the crisis of the day. In fact, so many of the perpetrators turned out to be black that the legacy media conspicuously stopped hyping anti-Asian hate crimes.

The trend continues to this day, with blacks targeting Asians – especially women and defenseless old people – in robberies, senseless assaults and even murder. Just last week, six black men were reportedly charged with hate crimes and other offenses after allegedly targeting Asians in at least 170 incidents in the past year.

In one especially heinous case back in January, a 19-year-old black man was caught on surveillance video running across the street to ram an 84-year-old Thai immigrant, knocking him to the ground and killing him.

Not to be deterred by truth, the activists still managed to use the murder of the Thai man, Vicha Ratanapakdee, as an example of why Asians and blacks needed to “unite against white nationalism.”

However, no matter how dishonest and manipulative a movement might be, it’s hard for one group to keep sticking up for another group when the latter is maiming and robbing the grandparents of the former.

As the Times article showed, even the ugly truth of black-on-Asian hate crime doesn’t have to mean surrendering the false narrative. Pulitzer Prize-winning novelist Viet Thanh Nguyen went so far as to argue that, even if the actual attackers are black, “the solution is not to fall back on racist assumptions of our own but to hold the system of white supremacy responsible for dividing us.”

Perhaps that sort of madness advances an agenda. After all, given that only Western white people seem to have sufficient false humility to be guilted into rewarding professionally offended critics, it perhaps makes sense to blame them for every societal ill. But that doesn’t help the situation on the ground.

It’s not only Asians who appreciate the fact that they have to live in reality. The Times tries to conflate race-baiting activists wanting to defund the police into a meaning – that black people in general don’t want law enforcement to protect their neighborhoods. The truth is, black people are the chief victims of inner-city crime, and their desire to be protected is one of the reasons that cities such as Minneapolis are reversing their police-defunding strategies.

The phenomenon is similar to the tall tale that Hispanic Americans are against securing the nation’s borders. It turns out that a lot of Hispanics don’t want America to become like Honduras or El Salvador, and they don’t want to be victimized by criminal migrants. That’s why former President Donald Trump got so many votes in predominantly Hispanic communities along the US-Mexico border in Texas, where the effects of illegal migration and drug trafficking are most evident.

Politicians, activists and media pundits have infinite capacity to deny reality and constantly portray an alternative universe. Unfortunately for everyone else, the incessant lying about escalating violence in America’s major cities only ensures that the criminals aren’t held accountable and the problems don’t get resolved.