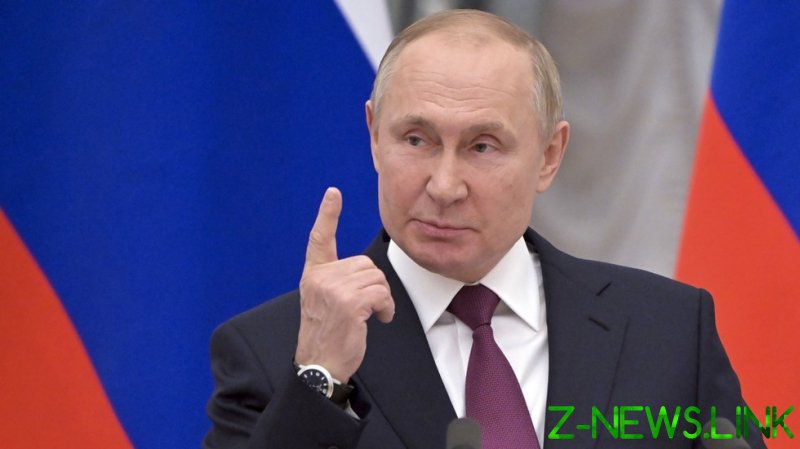 Russia may respond with “military and technical measures” to ensure its own security after the US and NATO ignored key points from its proposal for a long-term European security architecture, and instead cherry-picked issues from a package deal, Moscow said on Thursday.

The overall sentiment of the 10-page document, published by the Russian Ministry of Foreign Affairs (MFA) on Thursday, was that the US and its allies refused to even address Russia’s “red lines” and key security interests. The MFA also addressed specific issues such as Ukraine, Crimea, US troop presence and weapons build-up along Russian borders, as well as arms control. Here are the key takeaways.

Russia has no plans to invade Ukraine, Moscow says
Moscow insists that there is no “Russian invasion” of Ukraine, nor are there any plans for one. Accusations by the US and its allies about Russian responsibility for the “escalation” in Ukraine can only be seen as an attempt to pressure Moscow and dismiss Russian proposals for security guarantees, the document argues, calling the conflict in Ukraine “entirely internal in character.”

Moscow argues the conflict can only be resolved through the implementation of the Minsk Agreements and the measures envisioned therein. The UN Security Council Resolution 2022 names Kiev and the regions of Donetsk and Lugansk as the parties concerned, while Russia is a mediator alongside France and Germany, in the so-called Normandy Format. To de-escalate the situation in Ukraine, the MFA says, the West needs to compel Kiev to implement the measures agreed in Minsk, stop sending weapons to Ukraine, withdraw all of its advisers and instructors, stop NATO exercises with Ukraine’s military, and pull all foreign weapons previously delivered to Kiev from Ukrainian territory.

Russia did not “occupy” Ukrainian territory in 2014, the MFA insisted, arguing that “the loss of territorial integrity by the Ukrainian government is the result of internal processes in that country,” and, specifically, pointing to the coup d’etat backed by the US and its allies, “whose perpetrators embarked on building a nationalist state infringing on the rights of ethnic Russians and Russian-speaking people, as well as other nationalities.”

In those circumstances, Moscow says, the region of Crimea and the city of Sevastopol held a referendum to rejoin Russia, in line with the UN-guaranteed right of self-determination. “No force or coercion was applied. The question of where Crimea belongs is closed,” the MFA said. Ukraine still considers the peninsula to be part of its territory and its state policy is to “reintegrate” it by any means, including force. The US and NATO likewise do not recognize Crimea rejoining Russia, calling it an illegal “annexation.”

US must withdraw from Russian borders, Moscow insists

Russia has “no forces on the territory of Ukraine,” the MFA said in the document, adding that the deployments of troops within Russia’s own territory “do not and cannot concern the fundamental interests of the United States.” By contrast, Russia said, the US and its NATO allies have expanded their military infrastructure eastward, violating both the 1990 Treaty on Conventional Forces in Europe (CFE) and the 1997 Founding Act on Mutual Relations, Cooperation and Security between Russia and NATO. Moscow insists on the withdrawal “of all US armed forces and weapons deployed in Central and Eastern Europe, Southeastern Europe, and the Baltics.”

While the US remains committed to NATO’s policy of “open doors” – not ruling out admission of any country that applies to the alliance – Moscow noted that this violates the commitments NATO made in June 1991, to not endanger legitimate interests of other states or create new lines of division in Europe.

It also clashes with the principle of indivisibility of security which the US committed to under the treaties that established the Organization for European Security Cooperation (OSCE), namely to “not to enhance their security at the expense of the security of others,” in Russia’s view. “We call on the US and NATO to return to their international obligations in the sphere of supporting peace and security,” the MFA said. “We expect from the alliance specific proposals on the form and content of legal guarantees that NATO will not expand further to the east.”

Moscow wants indivisible security for all, not just NATO

Washington needs to demonstrate it actually believes in the principle of indivisible security, Moscow argued, accusing the US of refusing to give up its “counterproductive and destabilizing course” of seeking advantages for itself and its allies at the expense of Russian security interests, while threatening Russia’s borders. In Moscow’s view, the right of countries to “freely choose or change their security arrangements, including entering alliances,” which the US cites, is not absolute, but is only half the formula contained in existing European security treaties. The document points out that Washington keeps omitting the second half, about not enhancing one’s own security at the expense of others.

There was no answer to the Russian proposal to stop deploying nuclear weapons outside one’s own territory – something the US has repeatedly done with NATO allies, in violation of the nuclear non-proliferation treaty (NPT), the MFA said. Such weapons are currently deployed in the territory of several NATO members and are capable of targeting Russia.

Moscow insists they must be withdrawn, the infrastructure for quickly redeploying them to Europe dismantled, and NATO must stop training non-nuclear members in the handling of such weapons. “Without the removal of this irritant, discussion on the topic of non-strategic nuclear weapons is impossible,” Russia said.

Violation of ‘red lines’ may lead to ‘military-technical’ response – Moscow

The US and NATO are increasing their military activity on Russia’s borders while ignoring Moscow’s “red lines” and fundamental security interests, the MFA said, describing the situation as a “cause for alarm.” Russia described ultimatums and threats of sanctions as “unacceptable” and said they undermine the chances of reaching actual diplomatic agreements. Since the US is not prepared to discuss firm and legally binding guarantees of Russian security, Moscow will be forced to respond, including “through the implementation of measures of a military-technical nature,” the MFA said.