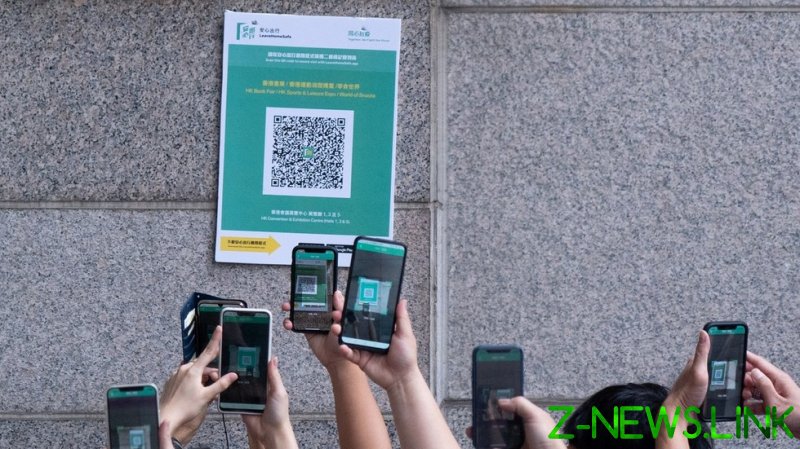 The Covid-19 crisis has given governments worldwide a golden opportunity to roll out a new system of control over their citizens under the guise of protecting their health. Although it’s now clear that Covid jabs don’t prevent contamination or transmission, they have provided our democracies with the perfect pretext to introduce state-issued QR codes to access aspects of daily life which our overlords apparently deem “non-essential” – including certain means of transport, food services, or health and fitness venues.

At first, we were told that these passes would be a temporary measure. But now, leaders such as French President Emmanuel Macron have admitted that they may persist longer than initially announced. Similarly, Canadian Prime Minister Justin Trudeau has pledged $1 billion for a whole new system of pass management and coordination between Canadian provinces if he’s re-elected on September 20.

If the public willingly accepts having to show papers wherever they go, what incentive do governments have to rescind this new tool? Imagine the uses that it could have in suppressing the kind of financial and ideological independence that risks posing a threat to the system which enabled these globalist bootlickers to come to power in the first place.

Consider, for example, if the health pass was merged with your digital identity, such as your driver’s licence. The concept of electronic government ID stored in your smartphone is already being rolled out in eight American states. And, due to Covid-19, you’re also having to present your QR-code along with your passport to travel. Now add the digital wallets being prepared by entities like the European Central Bank.

So, one day, long after the pandemic fades, you might just wake up and log on to the internet only to find that your service provider has slowed your connection speed to a crawl due to the fact that government-run military-grade operations which patrol social media, under the guise of combating disinformation, flagged something that you said online as ideologically unacceptable. And since you were required to pay for the service through your digital wallet tied to your ID, you’re screwed. Damn.

At least you can still lace up your running shoes and go for a jog instead. You’d love to go lift at the gym, but still can’t because you haven’t kept up with the pace of the government mandated jabs program, so your QR-code doesn’t permit you to share the air with other gym goers.

On the way home, you decide to stop at a fast food joint for a quick coffee. When you try to pay with your digital wallet, you realize that the authorities have determined that you’ve already spent the maximum allowable quota of digital currency at fast food establishments and have now been cut off until, perhaps, your health app is able to register a reasonable weight. (You may just be big-boned, but the government doesn’t care.) So, you reach into your pocket for some cash instead. Your server says that unfortunately they don’t accept non-digital currency, as it’s not secure. One never knows whether some guy is running around town trying to launder proceeds of crime by throwing fivers on the counter at fast food joints.

Hey, no worries. You’ll just save some money by heading home and making your own coffee. A little matter of stopping by the grocery store en route. The cashier scans your QR-code and proceeds to triage the items that you’re allowed to purchase from those which you aren’t. Scanning that steak you were planning to have for dinner results in a red light appearing on the scanner. It’s placed aside in light of the fact that you’ve over-consumed products deemed “climate-unfriendly” by the government. Perhaps you’d like some crickets or mealworms as protein, instead?

You finally get home and decide that you need an escape from the constant daily oppression, so you decide to book a local flight to the beach. You pay with your digital wallet and ID, as is now the norm. Unfortunately, it’s a no go, since the airline notes that you have surpassed your maximum allowable carbon footprint. You’ll just have to settle for sunning yourself on the deck until your carbon credits get renewed.

At least you can still go out for a drive, though. You hop into your “connected” car with its convenient GPS system. As it starts up and you rev the engine, the computerized system informs you that you’ve exceeded the limit of use for this month and therefore have to wait. The system kindly advises you to reduce your future usage in favor of a bicycle.

There’s something to be said for just staying home and staring at the wall, I guess. It gives one the opportunity to dream about the good old days, and how life might have been different if more people had bothered to fight the QR-code ushered in circa 2021 to the cheers of bedwetters duped by the illusion of government protection from a relatively benign virus.