Home / Society / “Hell of a job for nothing.” Why the failure of the reform of the Ukrainian police 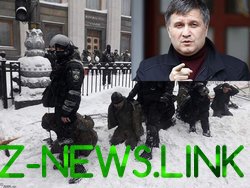 “No reform, people are running… There are no prospects… Heavy, hell of a job that pays pennies.” People say that five years ago they believed in the new Ukrainian police and went into it to serve, and has now gone or going to leave.

Five years ago, July 4, 2015, at St. Sophia square in Kiev was held a beautiful ceremony, which was to become the symbolic start of the transformation of the corrupt Ukrainian police in civilized National police: the oath the new recruits of the Metropolitan police patrol.

Newly minted policemen sang the anthem of Ukraine and the Minister of internal Affairs Arsen Avakov said in a speech of two words: “do Not move!”

But over time it became clear that has failed, not they, but the country’s leadership, which still failed to bring the reform to the end.

The reform was half-hearted and not provided by law, resulting in, for example, “cleaned” during the re-certification of old footage was restored to service via the court; the money for decent salaries for police officers is not enough, and young educated people are fleeing to the private sector; the level of trust of Ukrainians to their police force, judging by the polls, dropping fast.

The command of interior Minister Arsen Avakov nods to the previous President, Petro Poroshenko, and on the “Georgia team” – fellow members and supporters of the former President of Georgia Mikheil Saakashvili, which at the time radically transformed the Georgian police, and after independence undertook to help Ukraine.

They in return blame Avakov, head of the interior Ministry postmaydannoy all these years.

Five years ago, the Ukrainians were glad to see in the streets young, smiling, polite, dressed in a beautiful form of police officers, who are always quick to come to the call and help.

At that time it was fashionable to post a selfie with the recruits of the police and their Hollywood smile constantly graced the pages of leading Newspapers and the TV news.

But very soon the optimism faded.

A survey conducted in may by the Razumkov Center, showed that the majority of Ukrainians – 55, 6% do not trust the police. In 2016, for example, trust was significantly less – about 40% (although the supply of the police, the trust was about the same). 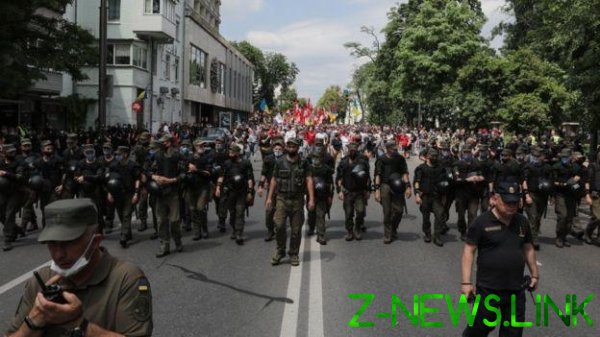 “For a long time there will not last”

“I went to the police in the first set, in 2015. That is, the reform has just started, and I immediately came to the patrol police of Kiev”, – told the Ukrainian service Bi-bi-si ex-COP Artem (name changed at his request).

Artem has three degrees, he really wanted to associate life with the law enforcement system, passed all tests and was selected. It looked quite promising.

But over time, says Tom, half-hearted reform made itself felt: “That is, the idea was good, implementation bad.” For example, reformed police patrol, but did nothing with the departments, although they must work together and harmoniously.

“The cruiser is not the kind of job you come to it and say: I will be here to work all my life. It is a heavy, hell of a job that pays pennies. I was there for almost three years. There long will not stretch” – says Artem.

In the district, according to him, the conditions are worse and wages less. “There’s no transportation, nothing. The police take detainees to court on the bus – well, it’s the finish line”.

So police departments often angry at the patrol instead of normally cooperate.

“That is, it was necessary to reform comprehensively, and not in one only direction”, – said Artem.

Dmytro (name also changed at his request) still serving in the National police, but is already thinking about quitting. He says he sees no prospects.

He also went to the police in 2015. “I was interested in I believed in this process and decided to participate in this reform,” explains Dmytro.

According to him, the selection procedure was transparent and the process for promotion – no longer exists. Therefore, many started to quit.

“Too often confronted with the fact that you work honestly, effectively, and promote some other people, those who are closer to the authorities”, – complains Dmitri. He believes that police want fair competitions on replacement of posts.

The reform that never took place

Expert of the Ukrainian analytical Center for political and legal reforms Evgen Krapivin believes that reform of the police in fact did not take place, “She began in 2015-2016, but since that time, unfortunately, significant changes in the core of the police, criminal unit, no.”

According to Krapivin, this block is critical, but personnel changes almost did not happen: 93% of members of the investigative and operational units were recertified, and many of those who failed, recovered through the court. And now these people continue to work with old methods.

“There was a lot less, 93%, – argues the Deputy Minister of internal Affairs Anton Gerashchenko. – And will return because it really was not complied with the procedure”.

Recertification in 2015 or 2016 was conceived as a way of cleansing the ranks of the Ukrainian police, yesterday police. Gerashchenko accused, Khatia Dekanoidze, the head of the National police in 2015 and 2016, that she spent this cleaning too vigorously.

“It was not a recertification, a Tribunal. We lost a great number of good people and a small – bad”, – said Gerashchenko in an interview to RBC-Ukraine in the end of June.

Ex-COP Tom, though, and came to the police in the course of this cleaning, also believes that the certification was organized by an ill-conceived: “it was Impossible to make the system fully of strangers and get rid of all the old. Not all disperse, to destroy, but to build nothing in return.”

The organizers and participants of perefectly mind that the problem was not hers, and legislative support for reform.

“Recertification failed, because, as it turned out, was not legitimate. The criteria by which we evaluated people who were not enshrined in legislation,” – said the journalist Kateryna Shapoval, who participated in the recertification of police officers.

Because of this gap in the laws of many of the old cadres easily challenged the dismissal in court and was restored to service.

Meanwhile, many of them absolutely needed to “clean up”.

“We had people who didn’t know the law. We asked you who is the source of power in Ukraine, and the healthy guys couldn’t answer, what source of power is the people. Or came people, about whom there was information that they go to restaurants to eat, and instead of pay, show the “crust”, – says Shapovalov.

All such initially excluded, but then they recovered through the courts.

The head of the National police Igor Klimenko does not agree with the accusations that reform failed. The changes continue, the ranks are cleared, the system “is completely controllable and workable,” he said in an interview with the Ukrainian service Bi-bi-si.

However, according to the may poll, is now trusted by his police, only 37.5% of Ukrainians.

The lack of staff

New faces in the National police, which was so fond of doing selfie Ukrainians, quickly lost enthusiasm and started to quit. This was facilitated by the financial factor. Police initially received a lot of money, but in five years the salary is not particularly increased, and their real size shrunk because of inflation.

Now the average salary of Ukrainian police – about 15 thousand hryvnia (about 490 euros, or 39.5 thousand rubles).

And the police themselves, and experts say that this money does not correspond to any burden or risk to health and life.

In Kyiv patrol police salary – 13.9 thousand hryvnia. In the province, it can be about 10 thousand. “The guys in security firms earn more. So why sit here?” – said the police interviewed by the Ukrainian service Bi-bi-si.

As a result, the magnitude of the outflow of personnel from the police are staggering.

As of June 2020 in the National police were 151.6 thousand people, while the lack of 23.7 per thousand, nearly 16% of the state. In the patrol police is not enough 22% of the state, and the largest shortfall in Kiev.

On the job site you can find many job Postings in the patrol police or departments in different regions, the average salary in these ads – 12 thousand hryvnia.

The head of the National police Igor Klimenko explains that the wages of police officers depends on the economy of the country and not from the interior Ministry and Minister.

As to the lack of personnel, its Klimenko partly withdraws to the fact that many of those who want to go to work does not pass the screening, or passing, then not withstand the load, “I mean, the police, unlike the old police, persistently cleanse its ranks”.

“No reform, people run and hire anyone just to fill jobs,” the correspondence argues with the chief of police former police officer Tom, who, because of lack of money went into private business.

According to him, the young enthusiasts, disillusioned, quitting, and remain those who used to survive on a small salary and know where to “earn”.

The main culprits in the failure of the reform experts believe interior Minister Arsen Avakov. Although, of course, blame on the two presidents and four Prime Ministers, under which served and serves Avakov.

In order to seriously reform the interior Ministry, necessary concrete and decisive steps, and for their lack Avakov criticized.

Criticize including those who started the police reform, in particular, Khatia Dekanoidze, who in the course of the year, from late 2015 to late 2016, was the first head of the National police.

According to her, polnotsennoi reform the law enforcement system in Ukraine has not happened, and blame the whole leadership of the country.

“The political establishment didn’t really do anything in order to carry out the transformation of law enforcement, which are important for justice, to protect people and property,” says Dekanoidze.

In her opinion, now Ukraine needs tough decisions and one of them should be the resignation of Avakov.

The team Avakov answer that Dekanoidze – ally, Mikhail Saakashvili, resigned in a time when fell into disgrace and resigned as the Governor of Odessa itself was Saakashvili. And Saakashvili with Avakov is a long – standing personal enmity.

Arsen Avakov criticized even in the parliamentary faction of the party “servant of the people” President Vladimir Zelensky, but it is said that no one to replace him.

A former police officer Artem looks at all of these disputes with thoughts in the spirit of “a plague on both your houses”.

“I believe that from the very beginning everything went wrong, from the time when the reform began, the Georgian representatives – says Artem. But when they were gone, too, nothing has changed. All the problems remained”.