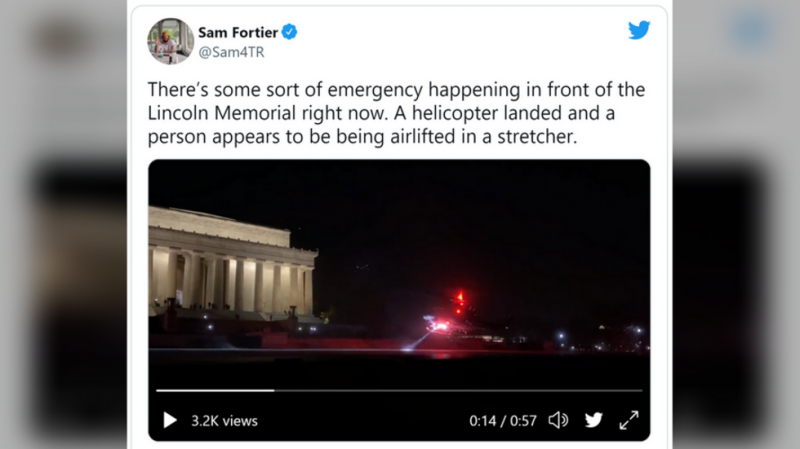 The med-evac was seen in footage circulating on social media on Monday night, with the chopper touching down on the east end of the Reflecting Pool before leaving with the injured person. A local NBC affiliate reported that the individual suffered a gunshot wound, citing the US Park Police.

A spokesperson for the National Mall – a long, grassy area in the nation’s capital which encompasses the Lincoln Memorial, Washington Monument, the White House and the US Capitol – confirmed that the injured person sustained a self-inflicted gunshot wound around 7:30pm local time, according to CBS reporter Jake Rosen, who described the incident as a “suicide” attempt. The mall will remain closed pending an investigation, the spokesperson added.

A heavy police and EMS presence was spotted near the pool after the helicopter took off, with officers later cordoning off the area as they interviewed witnesses.

A witness who captured some of the footage making the rounds online said that, despite spending a significant amount of time in the area around the Lincoln Memorial before the evacuation, they had not heard any gunshots, leaving it unclear where the purported shooting took place.