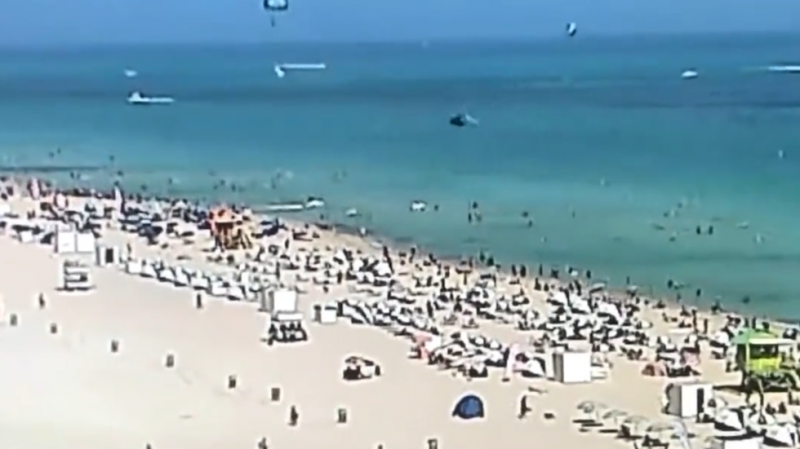 Two people have been hospitalized following a helicopter crash in Miami Beach, Florida on Saturday afternoon, police have confirmed, releasing a video of the disturbing incident.

The Miami Beach Police Department said that it received a call about the crash in South Beach around 1:10pm local time. A stretch of the beach between 9th and 11th Streets was shut down for visitors, as multiple agencies, including the Federal Aviation Administration officials, responded to the scene.

A surveillance video shared by police shows the helicopter quickly descending and crashing into the water near groups of revelers sunbathing at the beach and swimming in the ocean.

There were three passengers onboard the crashed aircraft, two of whom had to be transported to Jackson Memorial Hospital, according to police. The victims are reported to be in stable condition, while the third apparently suffered no injuries. There were also no reports of any injuries on the ground.

Authorities identified the helicopter as a Robinson R44. The FAA and the National Transportation Safety Board launched an investigation into the cause of the crash.