Home / Video news / Heavy rains in the Carpathians we flooded the house. Video

Heavy rains in the Carpathians we flooded the house. Video 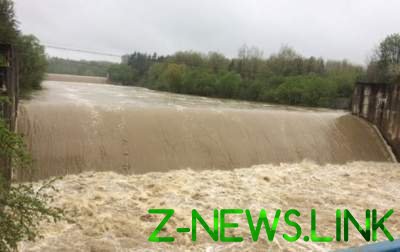 Due to heavy rainfall in Ivano-Frankivsk region 11 flooded homes, destroyed bridges, and descended meters of landslide.

According to them, local authorities plan to carry out work to strengthen the bridge.

In addition, Kolomyia district after may day precipitation came from the banks of the river Lipovka. In the village of Nyzhnii verbizh it damaged the road and the yards of five households.

In Snyatyn district, according to the management, administration, Prut river damaged six houses and 11 plots. Evacuation was not carried out. To disaster relief drew rescuers and boats.

In Verkhovyna district, near the village Green, heavy rainfall caused a landslide with a height of one meter, which blocked the road. Now the road has been cleared and the fare is guaranteed.