Heavy rains and hail flooded the city in Russia. Video 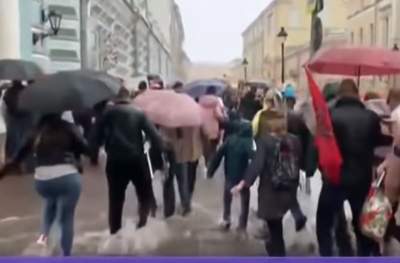 In Moscow was recorded large hail.

In some Russian cities were heavy rains resulting in flooded streets.

The network is actively publish videos from different parts of the country, which have been heavy rains.

In particular, in the Russian Ekaterinburge with rain and hail. On the streets the traffic is complicated, and some of the roads just turned into a little river.

In the Republic of Dagestan the rain was strongest. Here streams of water claimed four cars and caused serious damage to property of the population.

Not spared the bad weather and the Russian capital. In Moscow were also recorded large hail.