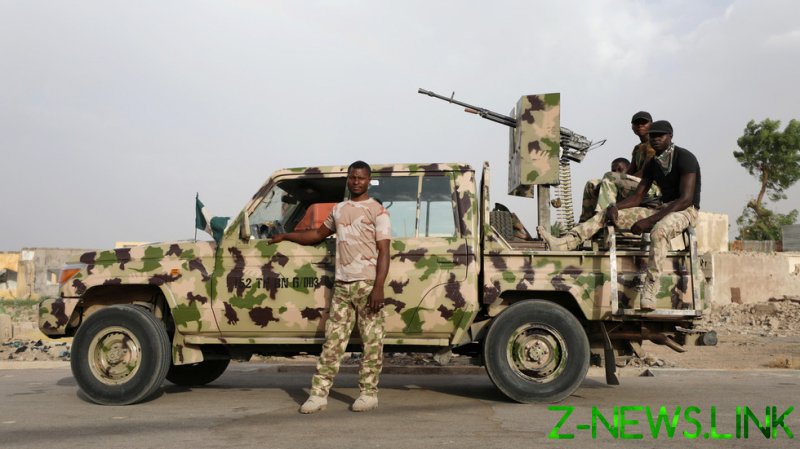 The prison, located in Nigeria’s Oyo State, was raided overnight by a group of unknown assailants, the country’s prison service confirmed on Saturday. The attackers engaged in a firefight with the prison guards, forcing their way in by blowing holes in the facility’s walls with explosives.

The attackers focused only on freeing pre-trial detainees, with convicted prisoners remaining in their cells. The jail housed only 64 convicts, all of whom remain incarcerated. It was not immediately clear whether the prison guards sustained any casualties during the attack.

“While all the awaiting trial detainees were forced out of custody, the cells housing the convicts and the female inmates were not vandalized,” the prison service said.

All in all, more than 800 detainees were freed during the raid. The authorities managed to catch 262 of them, while a further 575 escapees remain on the run, according to the official figures.

While it was not immediately clear what prompted the raid or who was behind it, armed attacks on correctional facilities is a common occurrence in the West African country, riddled by assorted security issues including separatist movements and Islamist insurgencies.

Another prison raid occurred in Kogi State last month, where more than 260 prisoners were freed by an armed group by force. A soldier and a police officer were killed during that raid. One of Nigeria’s largest prison raids happened in the southeastern Imo State in April. Back then, nearly 2,000 inmates were freed from a local correctional facility during an armed attack.