Home / WORLD / Healthcare workers are burned out by the Covid-19 pandemic and need care themselves. But who will help the helpers?

Healthcare workers are burned out by the Covid-19 pandemic and need care themselves. But who will help the helpers? 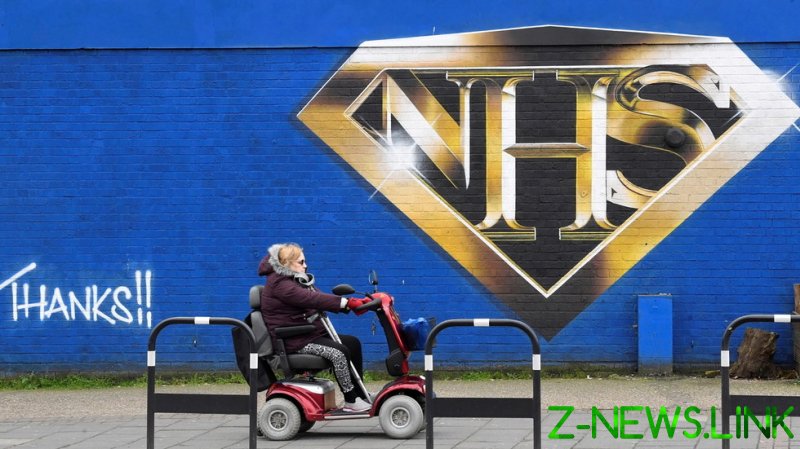 Apart from being an unexpected catastrophe itself, the Covid-19 pandemic has triggered a chain reaction of consequences that need to be urgently addressed. One of its devastating effects is a deep crisis within the global healthcare community. Doctors, nurses, and other medical staff who found themselves battling the virus need help, as a plethora of research and studies have shown.

Though they might be suffering from anxiety, stress and exhaustion themselves – which, if unaddressed, can lead to mental health problems – these professionals cannot just give up and take a break. Covid is still very much here, and other diseases, the treatment of which was postponed or even halted altogether during the pandemic, need their immediate attention. But the question is this: do they have sufficient physical and mental resources left to draw on?

“Covid taking over the world was a shock – nobody was really prepared for it,” Tomasz Pierscionek, a doctor specializing in psychiatry, tells RT. “The last pandemic of its kind was the Spanish flu, but that was a hundred years ago, so, you don’t expect these things to happen … Most doctors said they had never seen anything like this in living memory.”

“Since the pandemic, mental-health issues have risen, putting more strain on an already strained system, but on top of that, healthcare workers have been burned out – some of them began to suffer stress, some began to suffer from mental-health problems,” Dr. Pierscionek explains. What’s more, he says, when someone is exhausted, it impacts their immune system, which makes it more likely they will become physically unwell too.

Dr. Pierscionek supports the idea voiced by many of his colleagues in the National Health Service (NHS) that the problems of overwork and underfunding existed long before Covid, but Covid really exposed how deep those problems ran.

“The thing is, the NHS – especially mental-health care – has always been understaffed. Even before the pandemic, there have been as many as 90,000 vacancies,” he says.

Those figures can be traced back to 2019, when NHS England warned about a worryingly high number of unfilled roles. Back then, Chief Executive of NHS Employers Danny Mortimer told the media the figures were “evidence that teams across the NHS are under enormous pressure”. And then the pandemic came and showed that the pressure could be not just “enormous,” but unprecedented.

Professor Neil Greenberg, a consultant occupational psychologist and forensic psychiatrist at King’s College London, agrees that the NHS was not as prepared as it could have been. However, Covid was totally different to other pandemics, he says. “If you have a pandemic of a certain sort of flu, you understand how to deal with it and how to treat it.”

Prof. Greenberg served in the British Armed Forces for over 20 years. As a psychiatrist and researcher, he was deployed to a number of conflict zones, including Afghanistan and Iraq. Now he runs the psychological-health consultancy March on Stress.

“In the first 10 months, it was very hard for the staff to know what the right techniques and approaches were. I think we’re now a lot better at that,” he tells RT. “And, also, we didn’t have a way of getting out of Covid – and we are still not out of it, even with the vaccinations.”

According to Dr. Pierscionek, the intense pressure medical staff are still under is likely to result in huge gaps in their ranks. “A Royal College of Nurses’ survey revealed that a third of nurses are thinking of leaving. And the British Medical Association found that one in five doctors are thinking of quitting. So, it’s a vicious circle: the more pressure put on mental-health services, the more staff suffer and, then, the more patients suffer,” he explains. “The more pressure on staff, the more staff will get sick and leave, which will increase the pressure on those that remain. Bear in mind that a lot of staff, in the last year and a half, had to go off sick with Covid themselves, or had to isolate because someone living with them had Covid. That put even greater strain on services.”

“There’s no doubt that the staff who were thinking about whether they wanted to stay in healthcare beforehand anyway, this is going to shift them into going,” Prof. Greenberg confirms. And the same is true of those who are burned out after 18 months of unrelenting pressure. “But if you look at recruitment, certainly in the UK, there are actually more people going into nursing now than ever before,” he continues.

Dr. Pierscionek agrees. “Even if you manage to recruit more people to train to be nurses, doctors, and other health professionals, it will take several years before they actually graduate.”

So, what has been the official response to the crisis? “Although the government says it will give more money to the NHS and social care – it’s promised £36 billion over the course of the next three years – it’s not clear where the money will be spent,” Dr. Pierscionek says. He supports the opposition Labour Party’s concerns that the increase depends on getting funds by increasing National Insurance payments, which will disproportionately affect young people and those on low incomes. He thinks privatisation of the health service is on the cards in the near future – indeed, it has already begun.

At this particular moment, however, healthcare workers are under insufferable duress. Their patients are presenting with the more infectious Delta variant of Covid-19, they are trying to address the diseases they were unable to treat while all the available resources were allocated to coronavirus, and, like all of us, they are battling the psychological fall-out of lockdowns and restrictions. In short, they need help now.

“Giving extra money is not going to keep people who don’t do their job for the money in the first place,” Dr. Pierscionek concludes. “Staff have been working more hours than usual. They have seen more deaths than usual. They are tired. They would like some recognition. There’s a dire need to try to find a way of keeping staff.”

“Healthcare systems should, by now, have good supportive measures in place, and clear routes so that staff who need care can get it quickly,” Prof. Greenberg warns. “What you don’t want is someone saying, ‘I need help,’ and hearing, ‘Sorry, but there’s a four-month wait to deliver that care.’

A study just published by the Institute for Public Policy Research found that 19,500 people had not been diagnosed with cancer because of missed referrals. A similar situation can be observed in many countries – in Spain, for example, only 20% of cancers were diagnosed during 2020, while, in the US, the number of new cancer diagnoses plummeted by 50% in the months after the onset of the pandemic, according to data from the National Cancer Institute.

“The public are understandably frustrated about not having their operations on time, about not getting the level of care they wanted, and that frustration is focused on the government, but also on the healthcare providers, because people feel they are not doing enough.” Prof. Greenberg is aware of a number of cases in which doctors have become the target of anger. He says it hurts a lot when the people you are trying to care for are ungrateful and the blame is misdirected. “I can understand that public anger, but it’s directed in the wrong place. None of our doctors and nurses is sitting around doing nothing – they are all working incredibly hard.”

The most useful support

“We shouldn’t forget that working in healthcare is a stressful experience per se,” Prof. Greenberg points out. But he says that, having endured the intensive conditions of the past 18 months, it’s clear some staff have reached the point where they feel they can’t go on, so need professional support. And, as the situation improves, and Covid rates, hospitalizations and deaths begin coming down, staff mental health will also improve as a matter of course.

“What works best is making sure you provide opportunities for staff to informally mix, and that you train supervisors so they feel confident to speak to their team about mental health,” the professor explains. All members of the team should look out for each other and have honest conversations about their personal wellbeing, he adds. Staff need a space where they can go for a cup of tea or coffee and a sandwich, where they can “sit down and offload to people who really understand. That’s the most useful support,” he affirms.

‘Reflected practice’ – which is where you get the team to talk about the psychological impact of what’s happened, not just about what went right and what went wrong – helps a lot as well, he says.

So, in terms of staff care, has anything improved since the start of the pandemic? Yes, Prof. Greenberg says – there have been a lot of changes over the past 18 months, many of them for the better. “There’s been more emphasis on staff support,” he says. “And recognition that there are people who need treatment, so it makes sense to get them treated sooner rather than later, so they can get back to work and help their patients. There’s also been an increase in occupational-health services – rapid access to experts who really understand the importance of good health at work. I hope the longer-term outcome will be more resources to support staff,” he concludes. “It would be a real shame if, as and when things get better, it all just goes back to the way it was before.”