Home / business / Healthcare reform: what will change in the lives of Ukrainians

Healthcare reform: what will change in the lives of Ukrainians 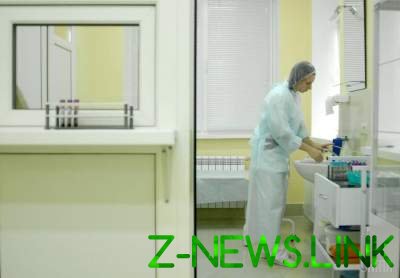 The health Ministry explained the main innovations of the reform.

A free trial medicine has bought it from 1 January 2018, the country will start to operate the reformed health system that will make the part of the service is really free, you will stop the rampant medical corruption and will allow good doctors make good money.

As promised, the Ministry of health, the new healthcare system will fundamentally change the principle of healthcare funding in Ukraine: will remove corruption risks, improve the quality of services for patients, will significantly increase the salaries of doctors and will most effectively spend money on health care.

Now the country will be free and paid medical services, and the money will follow the patient. In the end, as predicted Suprun, acting Minister of health, the Ukrainians will receive a quality and truly free assistance in vital areas, as well as the competitive market of medicine in General. Opponents have called the novation “genocide”, scaring countrymen fabulous prices for medical treatment, the mass closure of hospitals and unemployment among physicians. But worse, in any case, not be, said Yevgeny Komarovsky, a pediatrician, author of books for parents and popularizer of medical knowledge.

The first symptoms of the new reforms the Ukrainians will discover from the first day of 2018. From this point to all potential patients have to choose a family practitioner or pediatrician — and to make a Declaration on the provision of medical services. After that, the patient will appear in the national electronic system, e-Health, and the government will start to allocate money specifically for him and for the services provided to that person.

All patients have signed the Declaration state since January 1, guarantee free do the package according to the journalists. See also Zubko also promised that healthcare reform will be high quality for Ukrainians First of all it touches the primary or family medicine, which covers 80% of all cases in health facilities, says Dmytro Sherembey, the head of coordination Council all-Ukrainian network of people living with HIV, and one of the supporters of reform. In addition, the government will pay for emergency ambulance, palliative care, treatment by the highly qualified doctor family doctor and childbirth and rehabilitation.

With paid services all the more complicated. To calculate the cost and the demand for them, the Ministry of health takes the “transition period” of two years. Only after will appear the exact numbers, but the medicine itself will come out of the shadows, the officials realize that the state Treasury can afford and what not.

The topic of paid medicine has raised the shield on the opponents of reform. Olga Bogomolets, the head of the parliamentary Committee on health and one of the most active opponents Suprun, the day before the vote showed the public impressive — with five – and six-figure sums — “post-reform” prices for medical services allegedly planned in coordination with the Ministry of health.

Some prices in half to two times higher than those that are now in “Boris” — one of the most expensive private clinics in the country. But awesome pictures, that paint opponents of the reform, the Ministry of health reject. Accurate prices, according to Deputy health Minister Kovtonyuk, will be announced at the end of 2019, and she paid medicine will work only in 2020.

“It is for the usual medical reform should be good. Earlier, despite the qualifications and talents, the doctor officially earning only a certain rate that is often dependent on the personal visit of the physician. And after the reform, the income of such specialists will determine the number of pupils enrolled to his patients. Demand doctors, according to estimates of the Ministry of health, earnings will grow in 3-7 times, and 15-30 thousand UAH”, – concluded the Ministry of health.